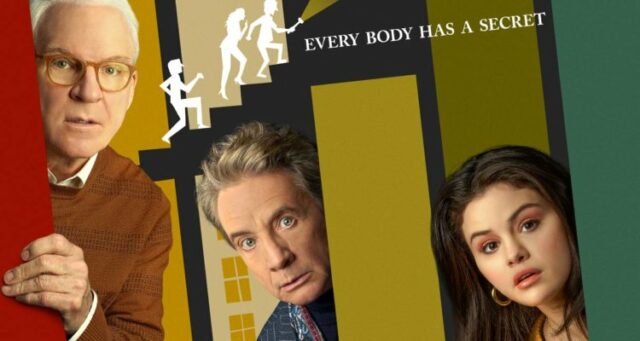 The first three episodes of the new whodunnit series ‘Only Murders in the Building’ are now available on Disney+ in Canada as a part of Star.

Only Murders in the Building is a Hulu-made original series. However, fortunately for those in Canada, the series has been rolled into the Star brand through Disney+. It stars acclaimed comedic duo Steve Martin and Martin Short alongside Selena Gomez in a riff off a true crime story.

Charles (Martin), Oliver (Short), and Mabel (Gomez) are all neighbours and strangers living in an exclusive Upper West Side apartment in New York City. All sharing an affinity for true crime podcasts and the like, the three become entrenched in a whodunnit story as death occurs in their building. Together, they attempt to stitch together the clue in front of them and solve the murder that has occurred and catch the killer.

Only Murders in the Building was created by John Hoffman, who has written for Netflix’s ‘Grace and Frankie,’ and the 2020 Oscars, as well as Steve Martin. Martin, Short, Gomez, and Hoffman are all credited as executive producers alongside Dan Fogelman, Jess Rosentha, and Jamie Babbit.

In total, Only Murders in the Building will have an eight-episode run, concluding on October 5th, 2021. Currently, there is no word on whether it is intended to be a limited-run mini-series or if the creative team intends to return for season two.