Matthew Riddell says his overheated iPhone 5 burned his arm and Apple should be held responsible, so he filed a lawsuit against the company. 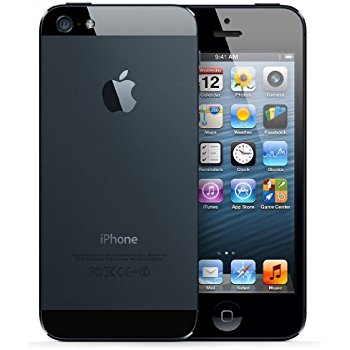 However, he refused to let Apple inspect the device, so his legal challenge was dismissed by the Ontario Court of Appeal, which agreed with a previous lower court decision, noting Apple had the right to examine the iPhone 5 in question, reports The Canadian Press.

“In this products-liability case, the appellant seeks damages for what he alleges were personal injuries caused by the negligent manufacture of an iPhone,” the Appeal Court said.

“Yet he refused, absent a court order, to permit an independent third-party expert to inspect the iPhone prior to trial at no cost to him to assist the trial judge in determining the central matter in dispute between the parties.”

The $25,000 small claims court launched against Apple Canada alleged severe burns to Riddell’s right arm were caused by his overheated iPhone 5. Apple wanted to inspect the iPhone 5, but Riddell refused.

In small claims court back in November 2015, a judge ordered Riddell to give Apple the iPhone to examine, noting it would be unfair to proceed with the trial if the smartphone maker did not have “the benefit of an inspection.”

In refusing to hand over his iPhone 5, Riddell went to Divisional Court in Oshawa, Ontario, to review the decision. His argument was small-claims court had no right to decide the inspection order, but Divisional Court disagreed.

“In this case, it is clear that an examination of the iPhone 5 is critical to a proper determination whether it could have caused the damages that the applicant claims,” the panel stated. “The applicant categorically said that he would be calling expert evidence. In light of that stated intent, fairness required that the respondent be given the same opportunity that the applicant would have to inspect the iPhone 5.”

Next, Riddell then took his case to the Court of Appeal to review the decision; the latter failed to agree with the Ontario man’s refusal to turn over his iPhone for inspection. “Trial fairness, the interests of justice, and the proper exercise of the trial judge’s functions…all compelled this result,” said the Appeal Court.

The Court of Appeal did not award any costs “given the novel and public interest dimensions of the issues raised on appeal,” explained The Canadian Press.

Correction: the original title of this story has been edited to reflect the case being dismissed, not lost, as it has not gone to trial yet.