Ontario MPP: Door-to-Door Telecom Sales Must Come to an End 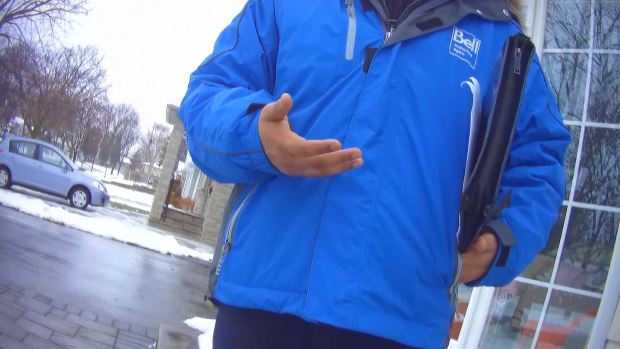 According to a new report from CBC News, an Ontario MPP strongly suggests that the province should introduce a new ban on door-to-door sales of telecom services.

Liberal MPP Yvan Baker recently introduced a private bill that banned the door-to-door sales of water heaters, air conditioners, furnaces and water treatment systems. Baker is at it again, but this time he is targeting the major telecom companies. In an interview, he said:

“I think it’s beyond reprehensible that there are people who are misleading, who are using aggressive tactics to coerce people into these contracts that are not to the benefit of the consumer.”

Baker’s comments come after an investigation into Bell’s door-to-door sales tactics. The investigation saw a CBC producer go undercover as an employee of a company that sells Bell’s services door-to-door. Hidden cameras showed sales reps misleading homeowners on “guaranteed monthly prices” for all sorts of packages. They also mislead the homeowners when they asked about Wi-Fi reach and speed.

“When I saw the practices that were being used, they were very similar to practices that have been used in the past by door-to-door salespeople selling furnaces, water heaters, air conditioners and other products.”

Baker said that since the CRTC has taken no action, the province of Ontario should step up and start protecting its consumers from these despicable sales tactics. He said:

“At the end of the day … we just have to stop this. So if there’s a way for the provincial government to act to prevent this from happening, I think that that’s a good idea, if the federal government does not act.”

The report tells the story of one man, who said that the sales rep that approached his front door convinced him to buy a TV package when he doesn’t even own a TV!

Even though these telecom companies are federally regulated, the CRTC will not hold any inquiries into the sales tactics of these companies. It seems as though it is now up to the province of Ontario to do something about this.