According to a new report based on data from Ookla’s Speedtest, Rogers offers the fastest fixed-line broadband speeds in Canada and Bell tops the list of fastest wireless download speeds. 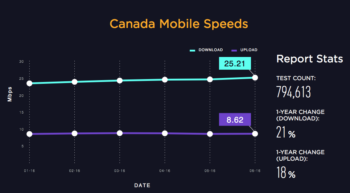 The new market report is based on 8.8 million broadband tests and almost 800,000 mobile tests conducted by Canadians using Speedtest. The report shows that Rogers offered the fastest download speeds on average offering 153.48 Mbps, which is more than twice as fast as second-place Shaw’s 71.41 Mbps. Bell offered the fastest upload speeds of any ISP, at 30.58 Mbps. 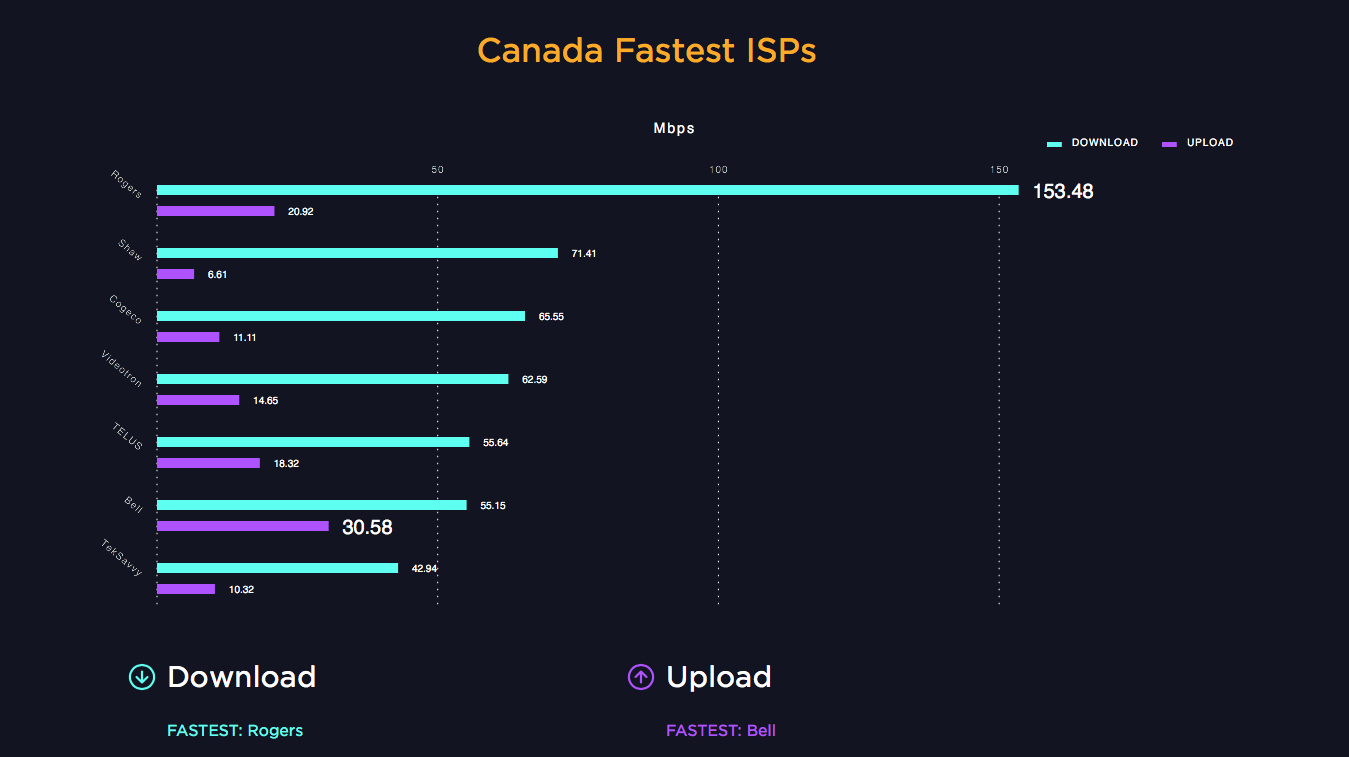 Overall, the report shows that Canadians are enjoying faster internet and mobile services. Over the past year, fixed broadband speeds shot up 40 percent for download and 33 percent for upload, while mobile download speeds were up by 21 percent, and upload by 18 percent.

Even though Rogers, Bell, and Telus continue to control the internet and mobile markets, new local service providers are definitely providing some strong competition.