Oprah Winfrey will sit down with poet laureate Amanda Gorman for The Oprah Conversation on Apple TV Plus on Friday. 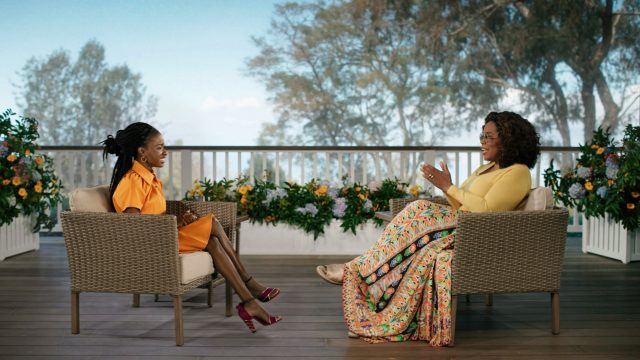 The 23-year-old poet, author and activist became an instant sensation when she spoke at US President Joe Biden’s inauguration, becoming the youngest inaugural poet in history.

“Amanda Gorman is a young woman who stepped into a moment in history with enormous grace and dignity,” said Winfrey in an Apple press release. “I was enthralled by her youthful spirit from the first moment we met, and very much looked forward to hearing her unpack all that has happened to her the past few months.”

Gorman and Oprah will discuss “The Hill We Climb,” the poem delivered at the inauguration of President Biden and VP Kamala Harris, in an interview “that celebrates the legendary literary heroes who inspire her work, and introduces viewers to her mother and the other important women in her life who have encouraged her pursuit of poetry.”

Gorman will also talk about her creative process and personal stories from her upbringing. She will also discuss with Oprah her hopes for what’s next, both personally and nationally, now that she is living with newfound fame.

The conversation with Gorman comes after Winfrey’s bombshell interview with Meghan Markle and Prince Harry from earlier this month, during which the royal couple discussed at length the struggles they faced in the Royal Family.