Oprah Winfrey’s book club will soon get the audio treatment thanks to an exclusive deal with Apple Podcasts. 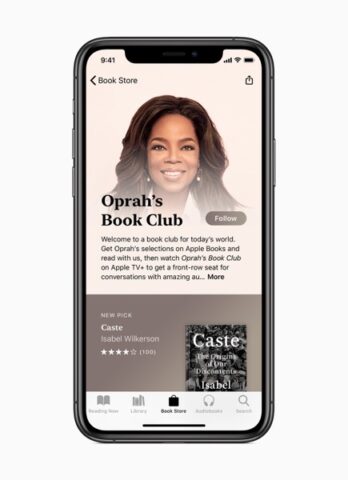 However, unlike past iterations, this podcast is dedicated to one book in particular: Caste: The Origins of Our Discontents, written by Isabel Wilkerson. The book was first published in early August, and has since earned plenty of acclaim and reached The New York Times bestseller list as well.

The book “paints a picture of the hidden hierarchy of human ranking that has shaped America,” and Winfrey, along with a group of guests will discuss the “eight pillars of caste” detailed in the book. The eight-part miniseries podcast will see two episodes released each week, every Tuesday and Thursday.

The first episode, available now, features Wilkerson sharing why she felt called to write Caste, and why she believes society needs new ways to talk about racism.

Winfrey said in a press release that Caste is one of the “most profound books” she’s ever read. According to Winfrey, Wilkerson’s book “provides a new way of seeing racial inequality, giving rise to countless ‘aha’ moments and helping us truly understand America as it is now and how we hope it will be.”