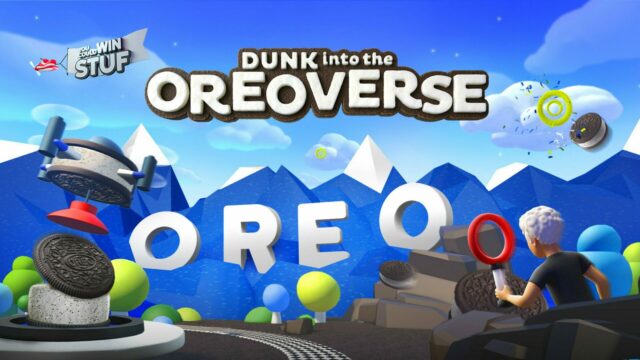 The Oreoverse is said to incorporate multiple levels of “cookie-themed games” where players have a chance to win prizes. Of the prizes is a grand prize of $25,000 CAD. The company reveals that the Oreoverse includes ‘Stack Stuf,’ a game where players can build their own Most Oreo. Another is dubbed ‘Rocket Stuf’ which pits players to inflate their own Most Oreo and hit targets in the sky.

Once all levels are completed, the experience concludes when the player becomes the Most Oreo. In an appropriate fashion, the player is then dunked into a glass of milk.

Introducing our newest Limited Edition OREO Cookie: The Most OREO OREO 😱 This OREO cookie features ‘Most Stuf’ creme with bits of OREO wafer.

With a cookie so meta, it’s only right that we’re dunking into the Metaverse with our very own OREOVERSE: https://t.co/v15kHRyxDu pic.twitter.com/yVfcFCDV7a

“We’re so excited to dunk into the Oreoverse and give our brand fans a new way to stay playful with a world built on the premise that anything is possible,” said Peter Verlinden, Brand Manager, Oreo. “The Most Oreo cookie and the Oreoverse give fans a whole new way to playfully engage with us. By scanning the pack, they will ‘dunk into’ the new Oreoverse world and play multiple levels of cookie-themed games and have a chance to win prizes.”