While the original iPhone was certainly ground breaking and revolutionary back in 2007, using the same phone in 2017 is actually “heartbreaking”, according to The Wall Street Journal’s Joanna Stern, who locked up her iPhone 7 and attempted to live with the original for a week but couldn’t make it through the day. “I made it 12 hours—12 full hours of complete frustration and complete amazement. I urge you to try it yourself”, she writes. 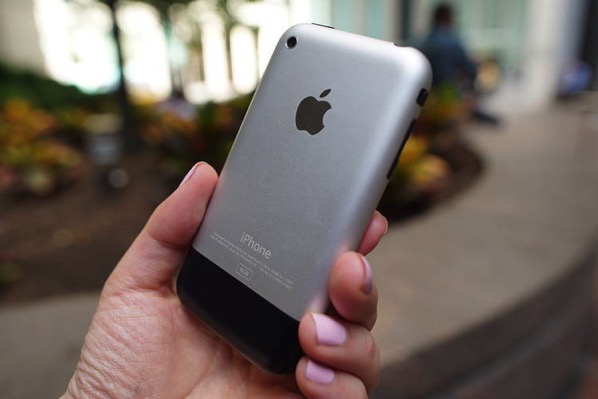 Below is a brief excerpt from the WSJ’s lengthy original iPhone review redux:

In 2007, the iPhone was truly a technological wonder. Today, it is truly terrible. Actually terrible. When I called my mom, it was so muffled I wondered if she was in an airplane lavatory at 30,000 feet.

Speeds. You like your 4G LTE? Pfft, the original iPhone didn’t even have 3G. It ran only on a 2G EDGE cellular network. It takes nearly a minute to fully load our president’s Twitter feed in the old iPhone’s Safari browser (with an iPhone 7 on LTE, it takes just 5 seconds).

Screens. If the iPhone 7 Plus had a kangaroo pouch, it could easily carry around the original iPhone. The larger screen feels like a 5.5-inch Texas next to a 3.5-inch Oklahoma.

Stills. The 2-megapixel camera takes surprisingly decent shots when the lighting is good. (I mean, I’d still carry a point-and-shoot.) But want to take a shot where the light isn’t great? Don’t even try.

Software. It was touch-screen magic! A screen that becomes a keyboard! Pinch to zoom to see the details of a photo! Swipe through the colorful album covers! But there are no emojis, predictive text or Siri. No third-party apps to share or edit photos. Heck, you can’t even text a photo, or load most websites. No Apple Music or Spotify.

Stamina. When you think about how little this iPhone can do, it’s pretty nuts that I still had to charge it by lunchtime. This battery may be old, of course, but people who owned the first iPhone remember the midday top-up.

Check out Stern’s day-in-the-life video below and tell us what you think:

[caption id="attachment_389490" align="aligncenter" width="1400"] Image: Marcus Kane[/caption] As we count down the months to the launch of Apple's long-rumoured mixed-reality headset and, with it, an entirely new product category for the tech giant, we're starting to see more leaks and concept designs pop up. The latest concept renders of Apple's "Reality Pro" AR/VR headset imagine...
Nehal Malik
58 mins ago