With only a week to go until the (praised) Steve Jobs movie hits theatres in the US, the team behind it slowly is gradually opening up and starting to share backstage stories. Yesterday, Wired posted an interview with Aaron Sorkin, and today Re/code published an interview with Andy Hertzfeld, one of the original members of the Macintosh team, who has already documented the computer’s development in his book “Revolution in the Valley: The Insanely Great Story of How the Mac Was Made.” 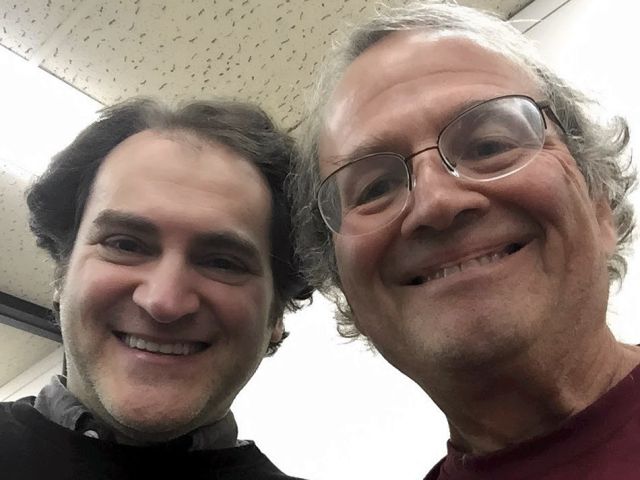 Hertzfeld was contacted by the producer of the movie, Scott Rudin, back in September 2012, who asked him to meet Aaron Sorkin (the playwright, who pretends to be a screenwriter) to discuss his experience working with Steve Jobs.

He agreed to cooperate for free, because of his respect for Aaron’s work.

Hertzfeld goes on and highlights the topics Sorkin was interested in and said that he met with Michael Stuhlbarg on three separate occasions during the course of filming (Stuhlbarg plays Andy Hertzfeld in the movie):

I met with Michael Stuhlbarg three different times during the course of the film. I was incredibly lucky to get someone as talented and scrupulous as Michael to play me, and he is also one of the nicest people I’ve ever encountered. The first time I met him, I drove up to the rehearsal space in SF and spent four hours answering Michael’s questions and going over my career with him. The following week, I met with the entire cast and crew during their lunch break (except for Kate Winslet and Seth Rogen, who were not around). And then, about a month later, Michael took the train down to Palo Alto where he met my wife and saw where I lived.

As it turns out, he hasn’t seen the finished movie, just a work in progress. However, what he has seen has left positive impressions about the move: “I think it’s a fine movie, brilliantly written and performed, and full of humor and feeling,” he said.

Sorkin has already emphasized this isn’t a biopic, and Hertzfeld underscores that fact once again:

It deviates from reality everywhere — almost nothing in it is like it really happened — but ultimately that doesn’t matter that much. The purpose of the film is to entertain, inspire and move the audience, not to portray reality. It is cavalier about the facts but aspires to explore and expose the deeper truths behind Steve’s unusual personality and behavior, and it often but not always succeeds at that.

Ladies and gentlemen, mark your calendars for October 9.