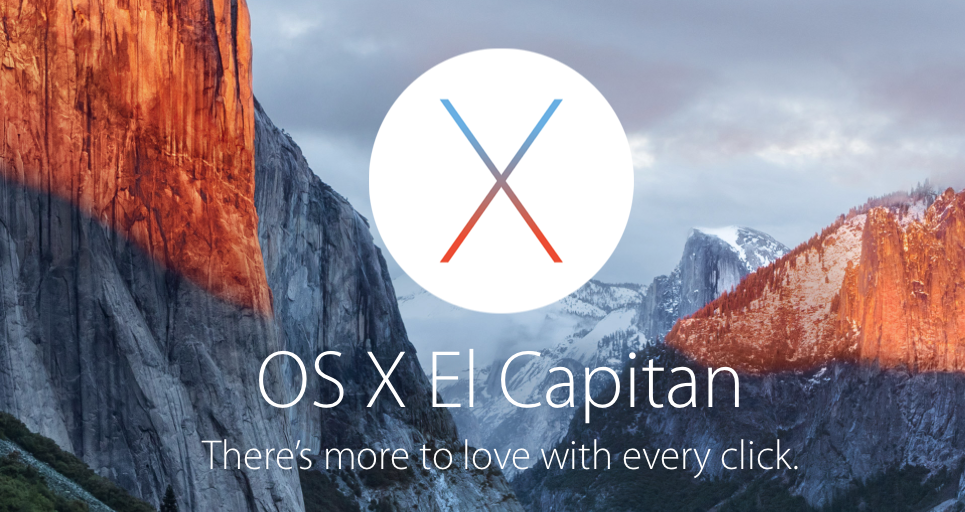 Apple has reminded its users that tomorrow will be “OS X El Capitan Day.” On September 30, the latest desktop operating system will land in the Mac App Store. Some Mac owners have used El Capitan all summer and had the opportunity to experience how it evolves into a desktop OS that is as “solid as the giant monolith that towers over Yosemite Valley,” to cite Jason Snell of Macworld.

The first reviews of El Capitan have started rolling out today. If you’re wondering whether you should upgrade or not — since it is a free download — now is the best time to decide. There is one thing you should know, however: this isn’t a complete overhaul of OS X, but it brings major performance and speed improvements and a handful of nice features, as most reviewers have highlighted.

Almost all of El Capitan’s updates are aimed at detail-oriented power users who are intimately familiar with the platform and its apps. I’m sure that not all OS X users even make use of the window management features present in Yosemite, so they’re not really in a position to appreciate the improvements in El Capitan. You’d miss pretty much all of Mail’s improvements if you don’t use trackpad gestures or Full Screen mode. The additions to Safari, Notes, and Maps are all nice but low-key, and things like Metal and System Integrity Protection are, by design, features that don’t draw much attention to themselves.

El Capitan, named after the large granite rock formation inside Yosemite National Park, is very much a refined version of OS X Yosemite, a recognizable progression from its predecessor. (In iPhone terms, it would be Yosemite S.) Apple says this update is all about a refined experience and improved performance. But it’s traditional for Apple to take its no-big-deal updates and pour in a bunch of new features anyway, and El Capitan is no exception. This is a packed release, but one that makes sense as a follow-up to Yosemite.

El Capitan is a good update, but the most interesting thing about it isn’t the features — it’s the philosophy behind them. My favorite update in El Capitan is almost literally the smallest one: pinned tabs in Safari. When you pin a tab, it minimizes to just the favicon and then refreshes itself periodically in the background. They get harder to close, which means you won’t accidentally lose an important website.

OS X’s built-in Spotlight search received a major overhaul in last year’s Yosemite release, gaining the ability to display Wikipedia previews, web search results, movie times and iTunes purchases. Starting last year, too, Spotlight has been redesigned as a search bar that sits in the middle of the screen, with all the search results contained within that box. This year, Spotlight for both OS X and iOS 9 has gotten a little smarter: It can also serve up results for a few more topics, including stocks, sports, transit and web video. In addition, Spotlight now responds to natural language commands, like “apps I installed this week” or “documents I edited in September.” Lastly, the search bar itself is now movable, as well as resizable. Finally, this new build of Photos brings support for third-party extensions that allow you to take advantage of other photo apps’ editing tools. In addition to the time-saving aspect — the fact that you don’t have to open a third-party app in addition to Photos — this move could appease veteran Aperture users, who would rather have more tools than less.

As with Apple’s other recent Apple software updates, El Capitan is very much a blink-and-you-miss-it update. Visually it’s almost identical to the current OS X Yosemite and you will be hard-pressed to see what’s changed other than the new San Francisco typeface from iOS 9. That’s because El Capitan is the “tock” in Apple’s “tick, tock” two-year update cycle. Big changes happen on the surface every two years with the tick updates with the following year consolidating and refining.

There’s a lot to like about El Capitan, not least the price. As a free upgrade it’s a no-brainer, and though there might not be any one headline feature or improvement, it polishes away some of the rawer edges that were left behind in Yosemite. You might not use all of them beyond the honeymoon period post-install, but it could add up to a smoother overall experience if even just a few of the tweaks work their way into your day to day routine.

Get your Mac ready for tomorrow!