In the latest beta build of OS X Lion, evidence has been discovered to hint that the next generation of MobileMe will be renamed to “Castle”.

According to French site Consomac, strings reveal the following:

Apple has already purchased the domain iCloud and it appears the next generation of MobileMe will take full advantage of Apple’s $1 billion dollar North Carolina data centre, as plans of cloud music and storage are apparently already in the works. “Castle” most likely could be a placeholder until the real name is revealed, most likely at WWDC when Apple previews iOS 5.

How often do you use MobileMe? 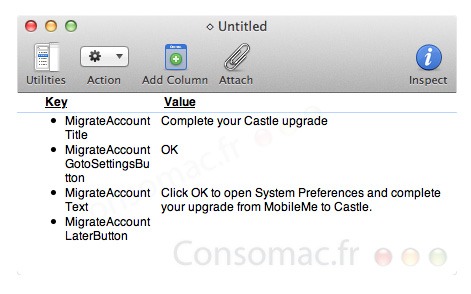