Discovered by a New Zealand-based photographer Omi Manav Choudhary, who shared it first on Reddit (via PetaPixel), Apple seems to have forgotten to remove the EXIF data from one of the El Capitan wallpapers, which gives you an inside look into not only how the amazing shot was captured, but also some interesting editing instructions given by Apple to the shooting photographer. 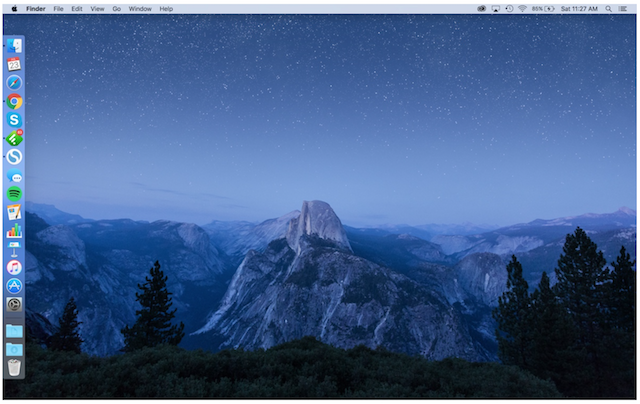 The EXIF data shows that the image was captured on August 6th, 2013 at almost 9PM using a Canon 5D Mark III and a 17-40mm f/4L lens shot @ 17mm and f/4. The photographer, Sungjin Ahn, was shooting in Manual, at ISO 1600 and a shutter speed of 30 seconds. Interestingly, the data also shows the image’s editing notes. The photo was brought into Photoshop CS6 where it received some heavy post-processing.

“Please darken some of the stars that are a bit smaller and darker, so there is a little more difference in the starfield.
Please remove some of the noise in the sky.
Please darken the sky a bit overall, but more so in this brighter area that is circled.
Can we refine this area so it doesn’t look like it was duped from the spot to the left?
Please fill in this area close to the edge with more tree so it doesn’t create awkward negative shapes.
As the stars transition towards the horizon, they should become much less dense. You can see in the original, there are fewer stars towards the bottom.
Less pink in this section of the sky. Please reference the original which is more blue.
Overall, stars can be a touch sharper.
The brightness of the stars should be brightest at the top, and slowing fading out towards the bottom.
We can stand to brighten the largest stars at the top here”.

You can check out the EXIF data at this link.

[caption id="attachment_386668" align="aligncenter" width="800"] Image: Ledger[/caption] Tony Fadell, a famed product designer and former Apple Senior VP who is credited as being the "father of the iPod," has come out of his rather quiet life of investing and writing books about his career to lead the development of hardware cryptocurrency wallets at Paris-based Ledger. Cryptocurrency...
Nehal Malik
41 seconds ago