If you’re a Mac user the following news might be of interest to you! Yesterday, Apple released the 10.5.7 update to OS X. This update has now addressed the problem with getting into DFU mode on unibody MacBooks. No longer will you require a USB hub!

Why is this so important? Well, for starters DFU mode is a crucial step required for jailbreaking your iPhone. Without the ability to have a jailbroken iPhone, users who are interested in an “unlocked” phone via yellowsn0w would not be able to do so.

Also, within this update it was discovered that Notes syncing will now be coming in OS 3.0 using iTunes 8.2 via USB. I’m surprised that Apple didn’t address the syncing of Notes with the first gen iPhone, but better late than never, right? 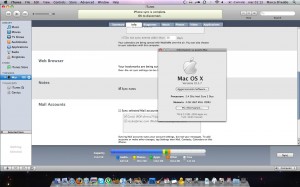 What’s also interesting is that OS 3.0 (up to beta 5) has been confirmed by the iPhone Dev Team that it can still be jailbroken. The only way Apple can stop the current jailbreak method is if they change the phone’s hardware. We all know that the next iPhone could very well be just around the corner. 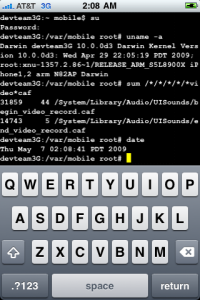 Winners of the qTweeter Contest Giveaway!

A big thanks to everyone who entered my qTweeter Review/Contest. Congrats to the following lucky winners!

You should have received a DM from me via Twitter. Please provide your email address so I can pass it on to Tunji from Efiko Software! Cheers!