Ottawa announced Wednesday the creation of an emergency task force to fight disinformation and foreign meddling in elections. 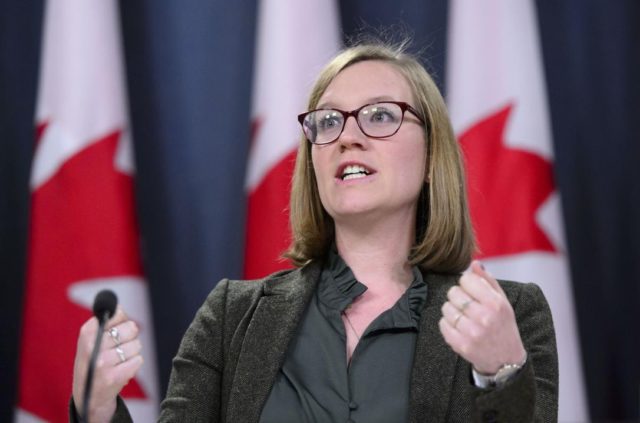 Minister of Democratic Institutions Karina Gould announced Wednesday that the government has set up a protocol that, she says, establishes a “simple, clear and impartial process” to inform Canadians of threats to the 2019 election.

Gould said Ottawa expects social media platforms such as Facebook, Twitter, and Google to help safeguard the vote by promoting transparency, authenticity, and integrity on their platforms.

Gould said she had started talks with social media companies “to secure action on their part to increase the transparency of political advertising and to combat the manipulation of their platforms for anti-democratic purpose”.

Senior officials would be required to inform party leaders and the public during an election campaign of specific threats or attacks, as well as coordinate responses with allies.

The five public servants charged with determining what should be revealed during a Canadian federal campaign are the clerk of the Privy Council, the government’s national security adviser, and the deputy ministers of Justice, Public Safety and Global Affairs. They will act based on evidence provided by national security agencies.

“Our democracy is rooted in trust in the electoral process and the legitimacy of the outcome,” said Gould. “Canadians have a role to play in protecting the democratic process. I am confident that the measures announced today will enhance Canadians’ confidence in the electoral process, and that our Government is prepared to address attempts by malicious actors to manipulate the system.”

The announcement comes amid an investigation by US officials into connections between Donald Trump‘s 2016 election win and Russian efforts to influence the vote.

Facebook Canada’s head of public policy, Kevin Chan, said in a statement that “these are the same expectations we hold ourselves accountable to at Facebook,” citing Facebook’s “Info and Ads” tool and third-party fact-checking efforts.

Even though Sony's first VR headset took 8 months to sell a million units, the company is betting big on its next-generation PlayStation VR2 headset with an increased production plan, according to Bloomberg. Citing people familiar with the matter, the publication notes that Sony is planning to make 2 million units of the PlayStation VR2...
Usman Qureshi
5 mins ago

As reported by 9to5Google, Google’s new wired Nest Doorbell which appeared in the Google Home app last month has been leaked early in stores with availability expected later this week. The new Nest Doorbell was spotted in a Best Buy store, with the packaging saying “2nd generation” and “Wired” with a check mark, in white and dark...
Usman Qureshi
22 mins ago