Microsoft has just rolled out a major Outlook for Mac redesign while also bringing significant performance enhancements to the app, including the same, improved sync technology that’s found in Outlook for iOS and Android as well as in Windows Mail (via The Verge). 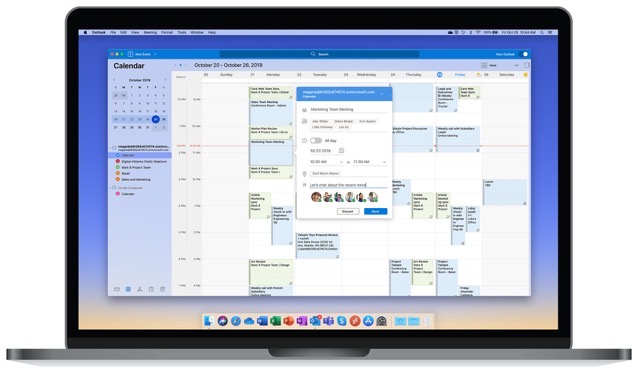 Starting this week, Outlook for Mac beta testers will be able to access a tweaked design, that includes tons of new features that were previously only available on the web and mobile versions of the app.

For instance, there is a new compose UI, users can now ignore emails, a well as new single line views for reading and writing emails. New collapsible panels make it easy to customize the mail’s main view as well as tweak the toolbar.

You’ll notice that the ribbon looks like it has disappeared in Outlook for Mac. “Following the same design principles as the Office 365 user experience updates announced last year, the ribbon was updated in the new Outlook for Mac to be fully customizable,” explains a Microsoft spokesperson in a statement to The Verge. “In Mac environment, we refer to it as a toolbar – at this time, there are no plans to announce updates to the ribbon elsewhere on Office for Mac.”

Beta testers can try the new Outlook for Mac in the Fast Ring this week by toggling “New Outlook” in the top right-hand corner.