Outlook for iPad to Soon Support Split View, Do Not Disturb, and More

According to a report by The Verge, Microsoft will be adding a handful of great new features to Outlook for iOS app, including the much-awaited Do Not Disturb and Smart Folders, as well as Split View and Drag and drop support for iPad users. 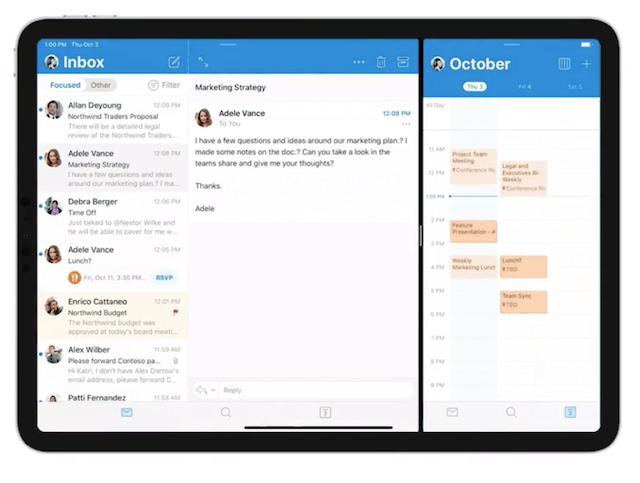 Once Microsoft rolls out these new features, iPad users will be able to view their email list alongside their calendar as well as drag links or text from a browser window into an Outlook email draft.

Additionally, Outlook for iOS will also get LinkedIn integration that will allow users to connect an account and see potential matches in the contact cards within Outlook. The feature will also improve the lack of profile images for email contacts that are outside of a Microsoft account or an organization.

“The final new addition is really useful if you move a lot of email around in Outlook mobile. Microsoft is planning to suggest folders to help Outlook for iOS users who move certain emails into specific folders. If you always move messages from a particular contact, you’ll start to notice that Outlook is one step ahead of you and will suggest the folder soon.”

These updates will be rolling out in the coming weeks, with a “sneak peek” expected at the company’s Ignite conference next week.