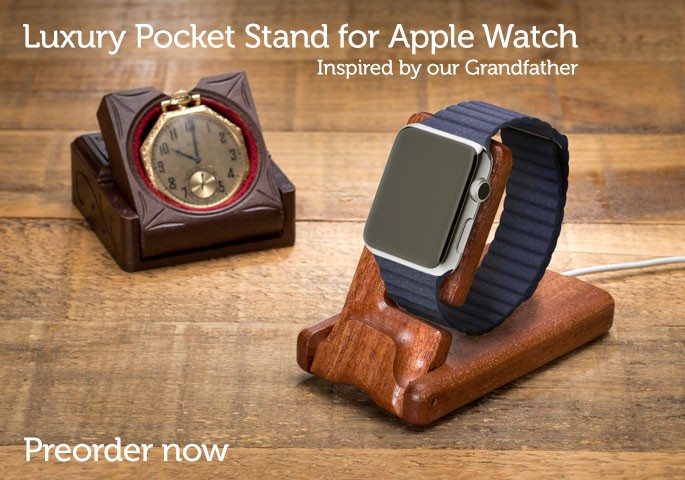 Today, Pad and Quill unveiled a new line of accessories for the upcoming Apple Watch, including the “Luxury Pocket” charging stand.

The Luxury Pocket Stand is inspired by old pocket watch stands (as seen in the image above) and is hand carved from a single piece of African mahogany or American cherry wood. The stand is also collapsible which allows users to fold it up and take it with them on-the-go.

“If you could hold time in your hand and keep it from slipping through your fingers, you would have mastered a feat indeed. Mr. PQ keeps his grandfather’s gold pocket watch on a gold chain thereby accomplishing that feat literally and symbolically. It was with his grandfather’s award winning work ethic in mind that he set apart with our design team to create the Luxury Pocket Stand for Apple Watch. Hewn from a single piece of American Cherry or African Mahogany, the Pocket Stand is then hand finished with furniture grade oil and assembled in our Minneapolis shop.

Equipped with an inlet that cradles your charging magnet, the Pocket Stand will be a beautiful addition to your bedside table. Fold it shut with magnet in tow and it becomes a slender case that slips streamline into a pocket or bag.” 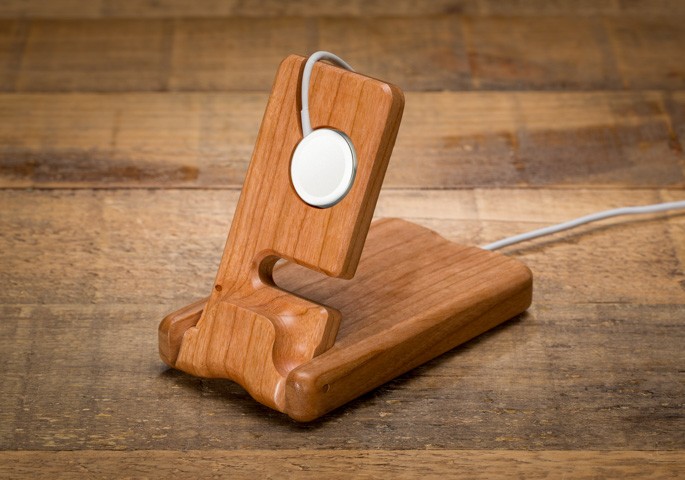 The Luxury Pocket Stand is available for the pre-order price of $69.99, but will increase to $79.99 when it is released in May.

The display technology experts over at DisplayMate have crowned the iPhone 14 Pro Max's screen the best to ever grace a smartphone, giving it their highest-ever A+ rating and "Best Smartphone Display Award." DisplayMate is one of the world's leading authorities on display technology. The corporation's reviews and reports are based on comprehensive, objective laboratory tests...
Nehal Malik
55 mins ago