Here’s some really interesting news: Palm is up for sale according to a report from Bloomberg. Makers of the so called “iPhone killer”, Palm has been always troubled financially, but their Palm Pre launch saved them from drowning, albeit temporarily. With 11 straight quarterly losses, it’s not looking pretty for Palm. With Bell selling the Pre exclusively in Canada, could this be the end of the Palm Pre as we know it?

The company is working with Goldman Sachs Group Inc. and Frank Quattroneâ€™s Qatalyst Partners to find a buyer, said the people, who declined to be identified because a sale hasnâ€™t been announced. Taiwanâ€™s HTC Corp. and Chinaâ€™s Lenovo Group Ltd. have looked at the company and may make offers, said the people.

If Palm is picked up by HTC, we could start seeing some interesting HTC hardware sporting WebOS. HTC has done well with their Google Nexus One, the largest competitor to the iPhone. Such a take over would result in better handsets to put pressure on Apple to stay in check and balance out the industry. Other rumoured buyers include Dell, however they declined to put any offers on the table.

With rumours of an iChat-enabled iPhone coming this summer, it will remain challenging to keep up with Apple’s blitz on the smartphone industry.

What do you think will happen to the future of Palm? 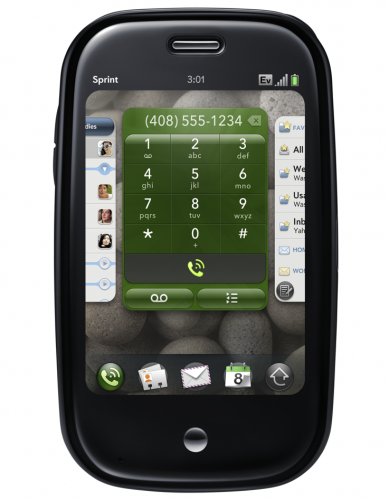