Pandora has quietly launched a Premium Family plan, allowing the music streaming company to compete with similar offerings from both Spotify and Apple Music. 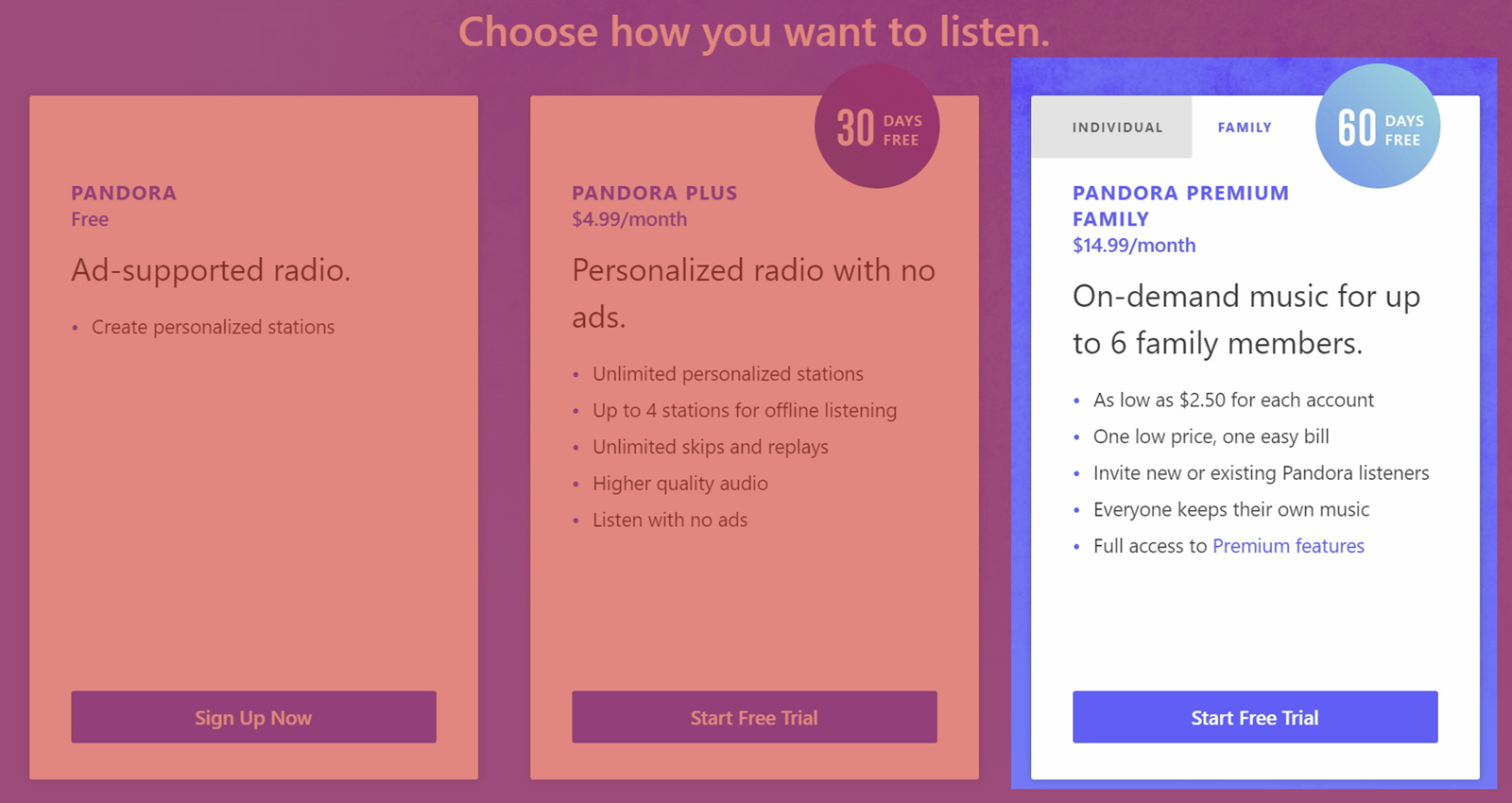 According to a new report from Engadget, Pandora’s new Premium Family plan allows up to six individual accounts to access the service’s Pandora Premium features for $14.99 USD a month (or $164.89 a year). Both Spotify and Apple Music have offered similar family plans for years, so while Pandora might be late to the party, this might be a case of “better late than never” for the popular service.

To put the price into perspective, a standard Pandora Premium subscription costs $9.99 USD a month. For just five dollars more, customers can share his or her subscription with up to five other friends or family members. Even if you only split the cost with one other person, you’ll still end up saving a few bucks a month with the Premium Family plan.

In addition to having their own unique accounts, all six people on the Premium Family plan will have the ability to listen to any song they want at any time, create radio stations and custom playlists, download music for offline listening, replay or skip songs at will, and listen to higher quality audio without any ads.

In addition to other Premium features, Pandora’s Premium Family plan includes a personalized playlist called Our Soundtrack that selects a mix of songs based on every family member’s listening habits. Pandora just finished rolling out personalized playlists last week, which it announced earlier this year in a bid to take on one of Spotify’s most popular features.

The family deal looks like Pandora’s latest effort to try and convert some of its 80 million monthly free listeners to paid subscribers (and keep pace with its rivals in the process). The company launched its Premium service last March after acquiring key assets from Rdio, but has a way to go to catch up with the likes of Spotify, which had 75 million paid users as of this month compared to Pandora’s roughly six million.

Unfortunately, Pandora has yet to become available in Canada. For those of you that would like to use the streaming service, a simple VPN client should allow one to to so without any hiccups.