If you’ve been considering buying Parallels Desktop 10 for Mac so you can easily run Windows apps without rebooting, the company has launched their Ultimate Mac App Bundle. 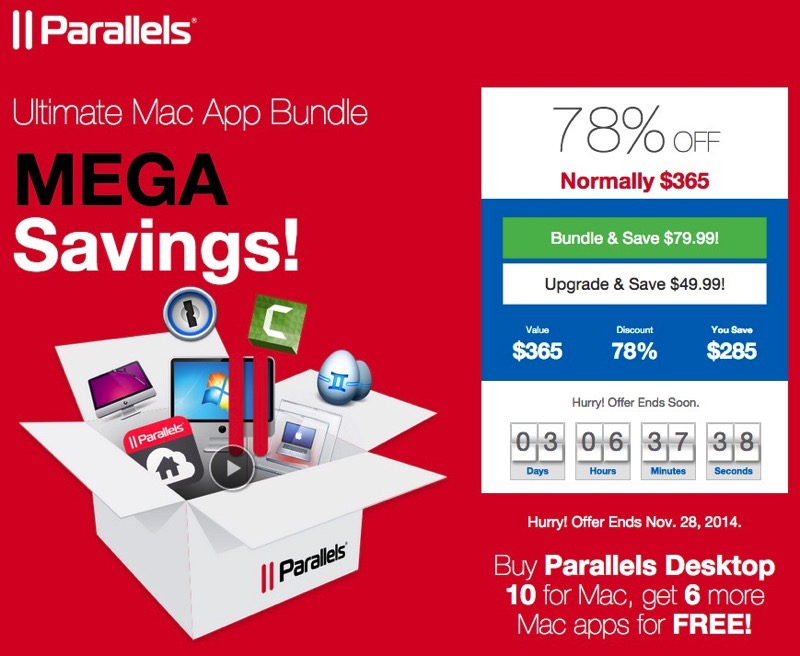 With your $79.99 purchase of Parallels Desktop 10 for Mac, you’ll get the following apps for free:

Click here to jump on the Parallels Ultimate Mac App Bundle while it’s still available, as it ends on November 28, 2014.