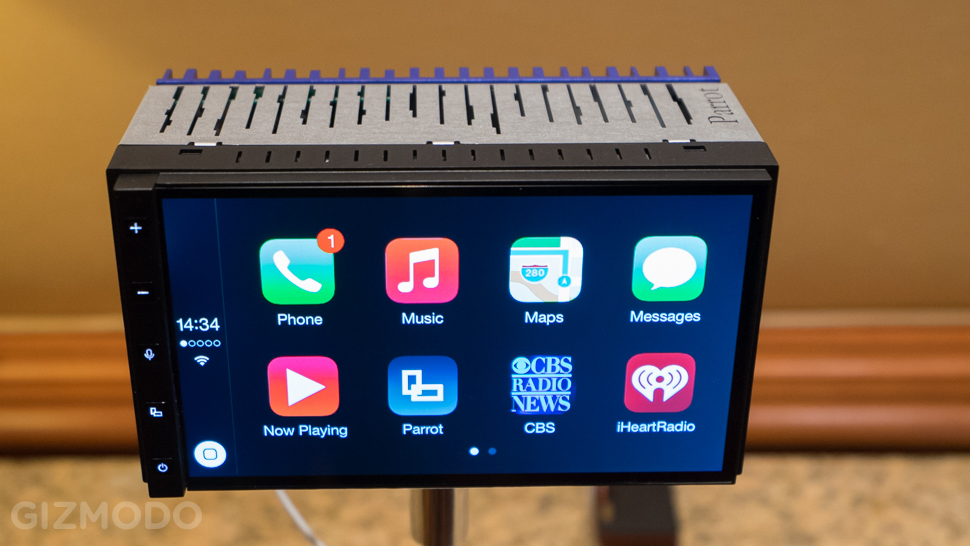 Parrot has unveiled a new RNB 6 in-dash car system at CES 2015, which features a 7-inch touchscreen with a 720p resolution.

The standout feature of the RNB 6 is that it has support for Apple’s CarPlay as well as Android Auto. Parrots new in-car system features Bluetooth 4.0, 5 GHz Wi-Fi, GPS, HDMI, microphone, ethernet, onboard diagnostics, and support for USB devices.

The unit is meant to upgrade a dumb car into a smart one. Parrot says that the new system is compatible with 90 percent of the cars on the road today. The RNB 6 will adapt the user interface based on the type of phone you connect. If you plug in an iPhone, you will be presented with Apple’s CarPlay interface and features. However, if you plug in an Android device, the system will launch Google’s Android Auto and present you with the appropriate features and interface.

“Are there caveats? There are caveats! The biggest one being that there’s no price or availability for this yet, and while it certainly doesn’t smell like vaporware it’s definitely going to cost. Whether that split platform personality commands a premium—or rather, just how much of a premium it commands—is going to go a long way towards deciding if this belongs in your dash.”

Parrot has not yet released a price for the RNB 6, however, the company noted that the device will be available in the second half of 2015.