According to a new Apple patent filing published by the US Patent and Trademark Office (USPTO), the company has invented a mobile wallet designed to hold digital credit, debit cards and coupons issued by a range of merchants and financial institutions, something that pretty much confirms the Cupertino giant’s plans to enter the world of mobile payments in near future (via BusinessInsider). 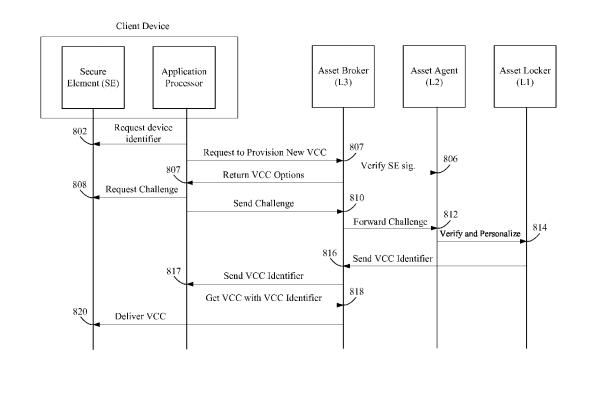 The patent application describes how payments data would be transferred between Apple devices and third parties. According to the source, the patent application describes an ‘omni-wallet’, which allows other parties to securely send data to Apple device owners, “using sophisticated encryption and secure hardware” to prevent fraudsters from intercepting or duplicating sensitive information such as digital credit cards.

“The filing describes the system as capable of powering mobile transactions conducted via QR codes, the cloud, and contactless NFC (near field communication). It’s also explicitly engineered to handle large bursts of traffic, “such as can occur on a so-called ‘launch day’ of a client device.”

The system would also allow coupon and store-card issuers to track redemption and transactions without launching their own payment apps. This would be of benefit to retailers hungry for better consumer data.”

Elon "Chief Twit" Musk on Thursday announced another move in his ongoing reform of Twitter, saying that the company will soon start telling users if they have been "shadowbanned" on the social network and providing them with an avenue to appeal the restriction. The news comes after journalist Bari Weiss published the second installment of...
Nehal Malik
1 hour ago