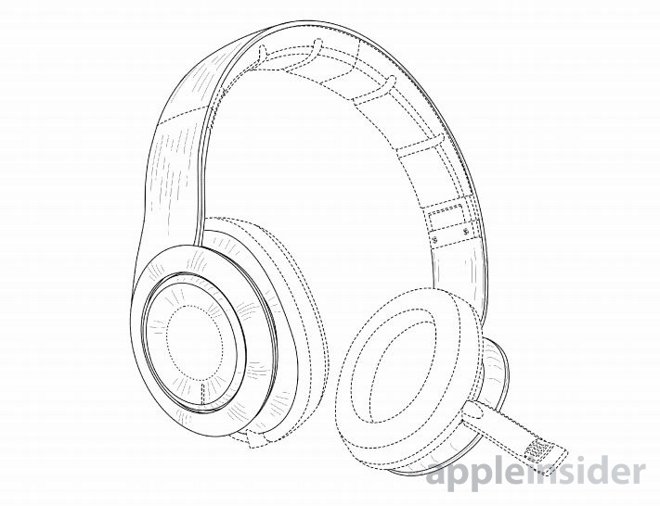 The U.S. Patent and Trademark Office (USPTO( has today published a newly granted Apple patent, which according to AppleInsider, may hint at the possibility of an upcoming Beats-branded gaming headset. The filing reveals a new, yet to be released microphone-equipped Beats product, most likely targeted at gamers, though the filing consists solely of images.

The patent credits Robert Brunner and Christopher Kuh as inventors. The two are designers with Ammunition, a studio that has created a wide range of Beats audio products, such as its Solo line of headphones.

“Ammunition works in close partnership with Beats across product design, identity, and packaging to create an incredible experience for fans wherever they meet the product,” one marketing blurb explains.

The source points out that the concept resembles other Beats headphones, but with the addition of a microphone attached to the left earpiece. Although phone-oriented headsets can typically get away with streamlined microphones, for instance hidden in a remote, an external microphone can be essential for gaming, especially when issuing voice commands.

The patent was originally submitted by Apple on May 14, 2014, just two weeks before Apple announced its acquisition of Beats for $3 billion.