A new Apple patent filing published today the US Patent and Trademark Office (USPTO) details how the backlight on an iPhone or an iPod can strobe to much, which can also act as a safety light for runners (via 9to5Mac). Apple uses two examples of how this can be used, with first is to effectively act as personal disco lighting and second use would be to act as a safety strobe for joggers. 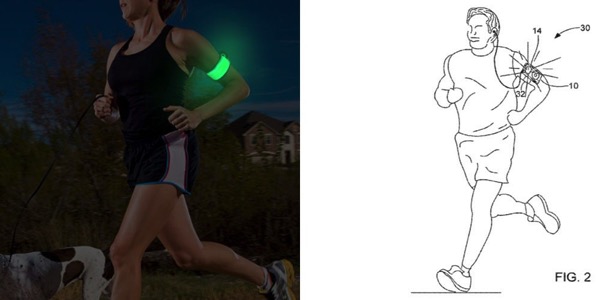 As a personal disco lighting:

A processor configured to control a light level transmitted by display according to a playlist, which is selected from the plurality of playlists, wherein the processor is configured to control the light level using a preset intensity pattern assigned to the selected playlist […] The system of claim 4, wherein the music mode varies the light level transmitted by the display in accordance with the song being played.

As a safety strobe for joggers:

Of course, there is no way to tell if this idea will ever makes it way to a future iPhone or iPod touch.