A new Apple patent takes the tracking features of the Find My Friends app a step further, as it describes a method by which an iDevice with a cellular connection provides the location and path information of another Apple device. Since this raises privacy concerns, the location tracking can happen only after authorization (via AppleInsider). 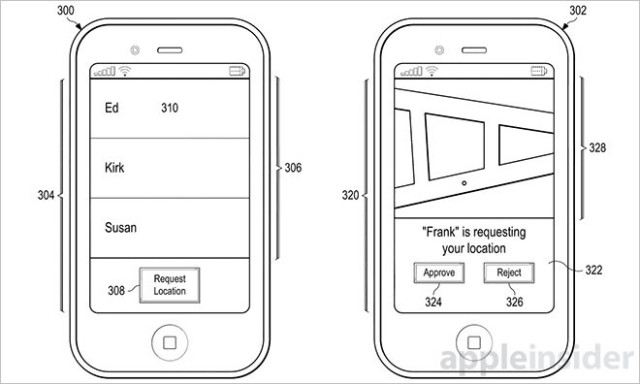 The freshly awarded US Patent No. 8,989,773 for “Sharing location information among devices” details how Apple plans to use path tracking with a Find My Friends-like app.

After the user grants a second user or group access to his or her location data, the first user will start broadcasting his or her previous positions, which will show up on the second device visualized in real time as a route on a mapping app such as Apple Maps.

Another featured, called “mirroring,” lets the second user see what the first user is looking at, while a third feature of the system would receive spoken or on-display directions to follow the path of the first user.

Apple credits Eran Sandel, Elad Harush, and Roman Guy as the inventors of the patent first filed for in January 2013.