3D has made a small comeback in the movies, TVs (barely), and the Nintendo 3DS. What about your future iPhone? That’s what AppleInsider has dug up, according to some patents filed to the US Patent and Trademark Office by Apple.

The application refers to Apple’s approach as a “paradigm shift from the known software-based approaches.” It notes that current software must “guess” at how to perform stereo disparity compensation for 3D images.

Those guesses, Apple said, can result in images with artifacts in a composed 3D image that would result in a poor quality photo. Apple’s method would instead employ a hardware-based approach with a “deterministic calculation for stereo disparity compensation.”

Apple would create hardware with multiple imaging systems, employing separate luma, chroma and depth/distance sensors to capture images that can be turned into a single, three-dimensional picture. 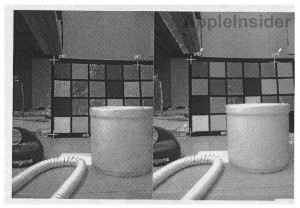 In addition to taking 3D images, the system would also be able to record 3D video.

As much as I love seeing things in 3D, overall it’s more of a gimmick to me than anything. Nintendo’s 3DS allows for 3D viewing without glasses, but is that really enjoyable for long term usage? Taking 3D images and video would be pretty neat, but until I see an actual real-life use for this feature, I can only dream of what Apple is conjuring up right now.

What do you think? Are you a fan of 3D and would you like to see it in a future iPhone?

Apple has just teased a handful of new titles which will be added to Apple Arcade’s ever-growing catalog of games during the month of December. In a tweet posted earlier today, Apple shared the following three new games are coming to its gaming subscription service this month: Dead Cells+ by MotionTwin JellyCar Worlds by Walaber...
Usman Qureshi
53 mins ago