Patent Reveals What Might be Found in Apple’s ‘iWatch’

A new Apple patent application published by the U.S. Patent and Trademark Office today, reveals a next generation pedometer step detection system for a wrist related device, possibly for the company’s widely rumoured ‘iWatch’ (via PatentlyApple). Earlier reports have hinted that Apple’s upcoming smartwatch will be fitness-focused, and will work seamlessly with the “Healthbook” app in iOS 8. 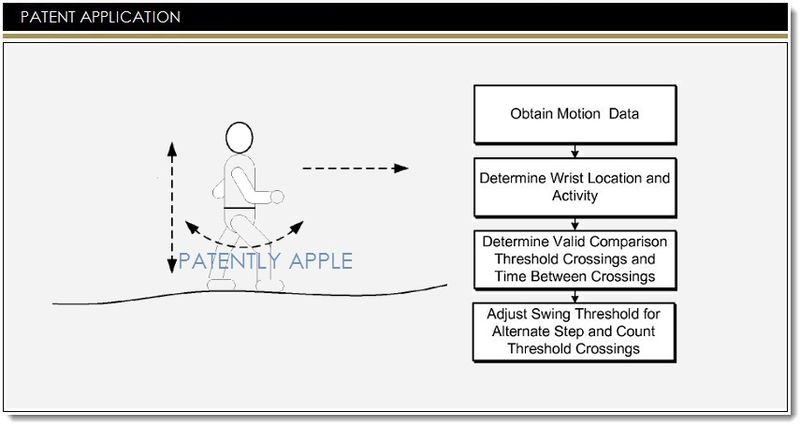 Apple details that the system deals with step detection based on the location of a pedometer. More importantly, Apple’s invention frees the user to wear the pedometer device anywhere on their body. When the digital pedometer is worn by a user, the signals received from the motion sensor can be analyzed to determine when a user takes a step. The algorithms for analyzing the signals can vary based on where on the user’s body the pedometer is attached.

The filing also describes why a pedometer worn on the wrist can provide you with far more accurate counts of steps and distance than having a pedometer in your pocket or worn on your waist.