Patent Reveals Find My iPhone to Get New Security Features

Have you ever had to use Find My iPhone to locate your lost or stolen iPhone? This feature originally was part of a $99/year MobileMe subscription, then eventually turned free for the masses by Apple.

Patently Apple writes about some upcoming security features for Find My iPhone, as described in some recent patent applications submitted by Apple.

These new features will enable users to selectively protect certain files and functions of their device. Instead of wiping out their entire phone, data can be scrambled and unscrambled at a later time. Options to revoke the use of core features such as WiFi, contacts, phone calls, network data, text messaging, etc. Not only that, the device could even record audio and video stills of potential thieves as evidence to be used later to prosecute them.

There will also be a revamped screen for messages displayed on the lost devices. Options to contact the original owner, and warnings of location transmission can possibly be displayed. People who have found any lost devices would be able to quickly tap a button and contact owners.

It’ll be a while before we see these features, if they do indeed become a reality. In the meantime, the existing Find My iPhone feature works, but can definitely use an update. 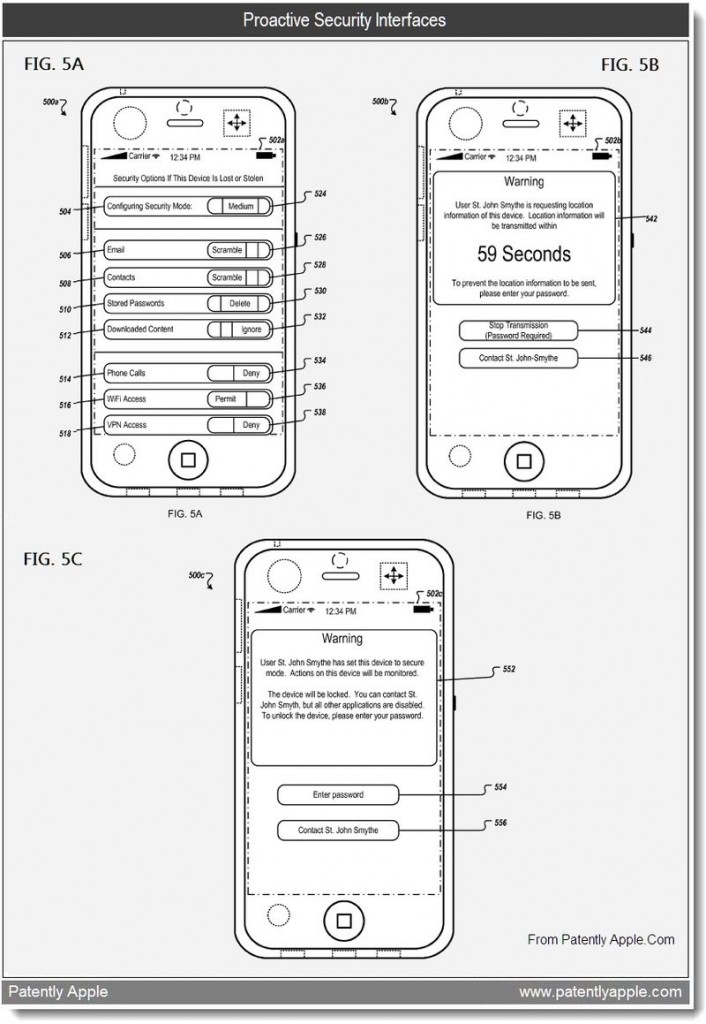