Apple has today filed a new patent application covering a bunch of cool ideas on how Apple Watch users will be able to share personal or professional contact information, and other kinds of data using “a fun new set of gestures using the watch’s accelerometer and other sensors to pull it off”, as reported by PatentlyApple. In addition, the European patent filing also reveals a bunch of other Apple Watch hardware and software features that could be coming soon to the smart wearable. 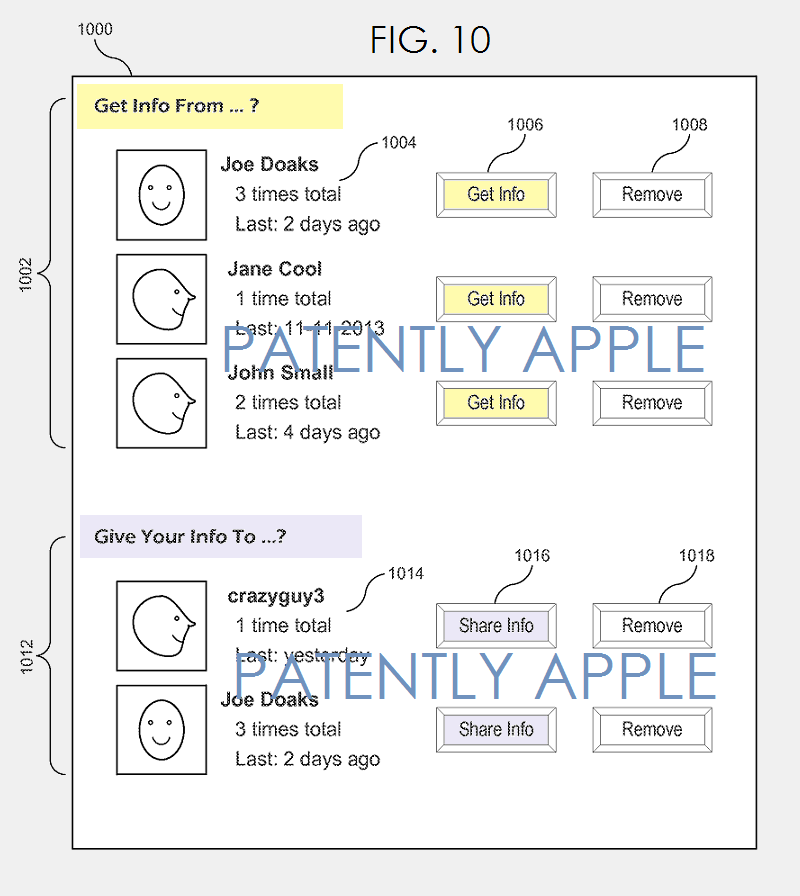 Introducing the “Greeting Event”, Apple notes that it can be used to exchange information that can be wholly or partially automated. A Greeting Event is detected when two user devices belonging to different users are in proximity and the users of the devices concurrently execute a greeting gesture, such as a handshake, bow, hand slap, hug, or the like.

The filing explains that the mutual detection of greeting gestures can trigger the exchange of any type of information including user contact information, other personal information, photos, audio / video files, data files, and more.

A greeting gesture can include any gesture that brings two users’ wearable devices into proximity and that incorporates a distinctive acceleration or movement of the wearable device.

Gestures can include users making contact with each other (e.g., shaking hands, slapping hands, bumping fists, hugging while patting the other person’s back) or not (e.g., bowing, waving, saluting).

The distinctive acceleration or movement can be defined so as to be reliably detected and recognized as a deliberate greeting gesture, and incorporating gesture recognition as well as proximity constraints can help reduce false positives where devices.