A newly-granted patent hints that Apple is researching the use of titanium for future Apple devices. 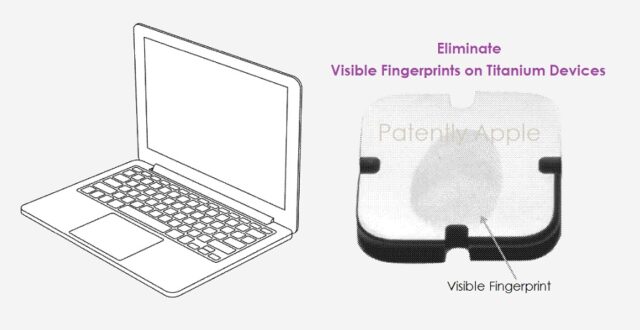 According to a new Apple patent (via Patently Apple), the Cupertino company is researching ways it can reduce the appearance of fingerprints and smudges on titanium surfaces of its products.

The patent, filed with the US Patent and Trademark Office (USPTO) and entitled “Oxide coatings for metal surfaces” explains how a thin coating would be able to significantly decrease the visibility of fingerprints.

Last month, Apple filed a patent showing the company’s interest in titanium and its uses as a potential casing option for iPhone, iPads, MacBooks, and more. Today’s patent expands on Apple’s interest in the metal, noting that it has various advantages such as “high strength, stiffness, and hardness.”

“For example, the relatively high hardness of titanium makes it resistant to scratches, and its stiffness makes it durable enough to withstand bending,” reads the patent. “In addition, titanium is inherently more corrosion-resistant than certain other alloys.”

And while titanium has a tendency to more easily reflect fingerprints and smudges, the patent suggests that current coating technologies aren’t sufficient enough. As such, Apple says it is researching new, more effective solutions for preventing these smudges.

Apple has researched a thin oxide coating or film “configured to reduce or eliminate interference-coloring effects brought upon by fingerprints or other thin film options.” This coating allows the surface of a device to more effectively reflect light, thereby hiding fingerprints and smudges.

Read the entire patent description over at Patently Apple.