Patent Unveils Yet Another Layer In Apple’s Future iWallet Services

A new patent application published today by the US Patent & Trademark Office reveals yet another layer in Apple’s future iWallet services, which according to PatentlyApple, may be used to subsidize wireless TV and radio services. The patent highlights systems for payment of goods or services and issuance of credits against them, all via a mobile device. The invention also describes a “subsidized program whereby users are credited for interacting with ads” and that the credit could be used to subsidize their wireless services. 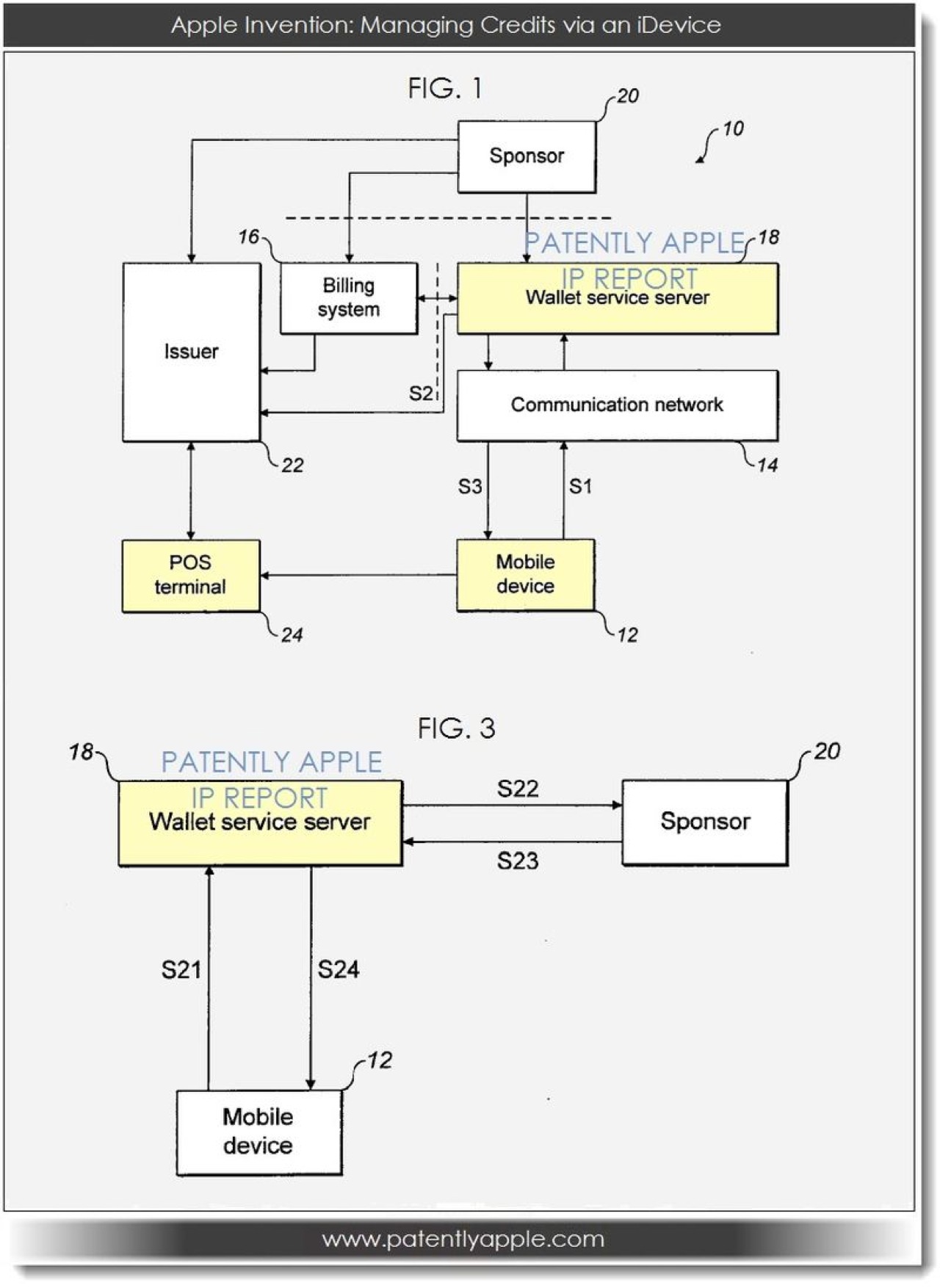 Keeping in view the recent reports of Apple’s rumoured ‘iRadio’ service to feature iAds, this filing may provide a clue as to how Apple will be able to offer a free radio service. Apple notes in the filing that beyond using an iPhone as a credit card, it could also be used to receive coupons for discounts for use towards a point of sales transaction. Apple’s patent FIG. 1 (shown above) shows a schematic of a credit delivery system. The patent also encompasses a system for enabling iPhone users to “receive credits having monetary value”.

“Apple’s patent FIG. 1 illustrates a billing system operatively coupled to a communications network and may be arranged to maintain an account of available money for each mobile device.

In one embodiment of the invention, the billing system meters usage of the services by each user and compares the metered usage with a free or subsidized balance allocated to each user. In this manner, although invoices are not sent to the users, the metered usage is compared with business rules associated with the users and the cost for providing the free or subsidized services to the users is invoiced directly or indirectly from advertisers”.

Just as with any other patent application, it is not possible to predict as to when such an Apple product will hit the market.