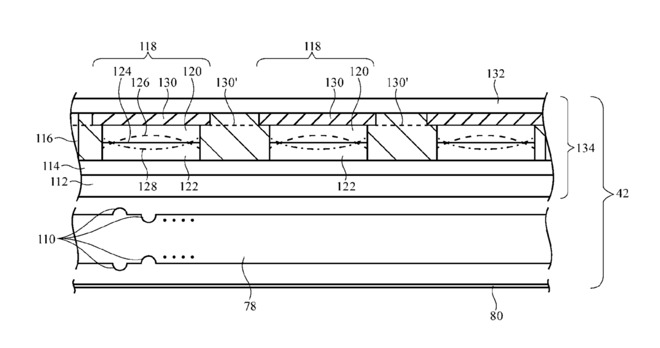 According to a new report from AppleInsider, the patent application details an “electrically controllable filter” to selectively polarize a screen so that people viewing the phone from other angles can’t see it.

Apple’s application, entitled “Displays With Adjustable Angles-of-View,” explains using an electrically adjustable lens array that can modify backlight illumination to narrow the display’s angle of view. While larger and wider screens seem to have become the new normal, Apple sees the benefit of an occasionally smaller viewing area.

“Displays are typically designed to display images over a relatively wide angle of view to accommodate movements in the position of a viewer relative to the display,” Apple said in its application. “In some situations, such as when a user of a laptop or other device with a display is using the device in public, the wide viewing angle is undesirable as it compromises privacy.”

The main implementation of this technology would be the inclusion of another layer of crystal, squeezed in between a device’s substrate layers. Additionally, the patent suggests that a color filter embedded in this layer could potentially be use to omit (or include) certain images or colors on the display. Another application for the technology could be an adjustable backlight unit that could selectively illuminate only certain areas of a screen.