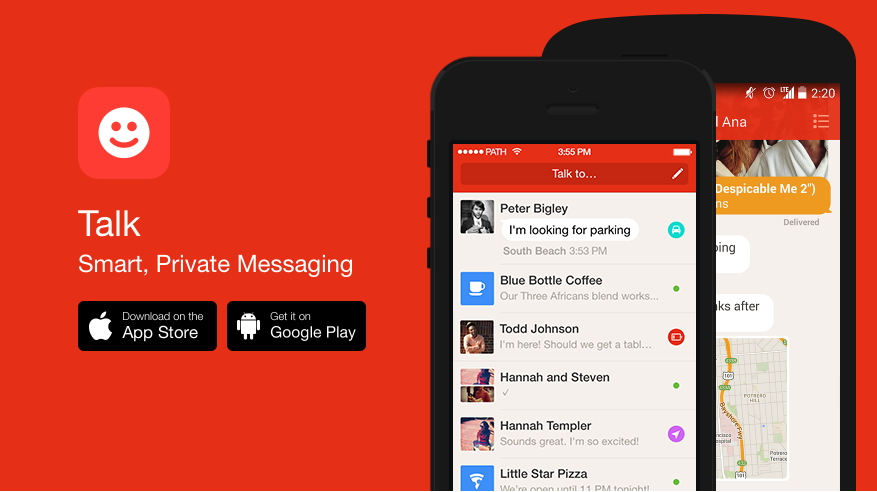 Path Talk is the first standalone app from the folks at Path that allows you to send messages to businesses. The new service is built on top of TalkTo, a three-year-old company Path acquired back in June.

TalkTo employs a large number of callers, now called “Path Agents,” who are dedicated to call any place for you to answer any question you may have.

Over the past few months Path has integrated the functionality of TalkTo into their own app. The feature now lives under a new tab called “Places”.  Once you’ve opened the tab, the app will prompt you to search for a place. The app then prompts you to enter your message. 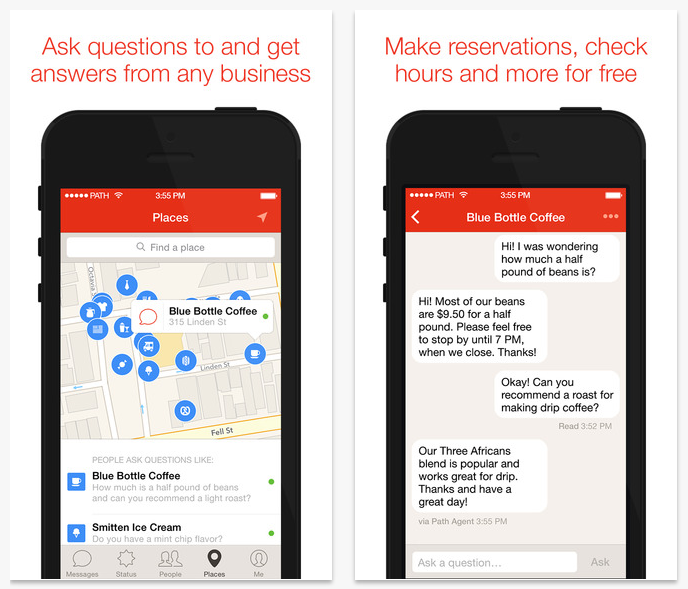 Path is using Foursquare in addition to TalkTo’s large databases to find the phone number of the place you have searched for. Once you send your message, a representative at Path will confirm the message that you sent. The “Path Agents” will then call the place you have chosen to figure out the answer to your question. The company has said the agent from Path will respond to your message in under 15 minutes. For example, you could use this feature to make a reservation at a restaurant.

“Places gives you the power to message your favorite local businesses to request appointments, make reservations, or even check out prices and hours. It’s all by text. And it’s all for free.

Send a message asking for anything— a haircut appointment, availability of running shoes in your size, or reservations for 2 at 8PM.

Once you send your message, one of our Path Agents will make the phone call on your behalf, doing all the talking for you. And when they get the response, they’ll immediately text you back with the answer or booking. You’ll never have to wait on hold again.”

Path Talk is available as a free download from the App Store in Canada and the United States. The new Path Talk update (to version 1.1) signifies the end of TalkTo for iOS. Opening the TalkTo app on iOS now just directs users to download Path Talk.