Last year, Apple pulled all vaping apps from the App Store amid growing reports of deaths and injuries related to the smoking product. However, the move hasn’t deterred PAX as the company has just launched a web app that lets users control PAX 3 and Era-series cannabis pens from their computers via Bluetooth (via Engadget). 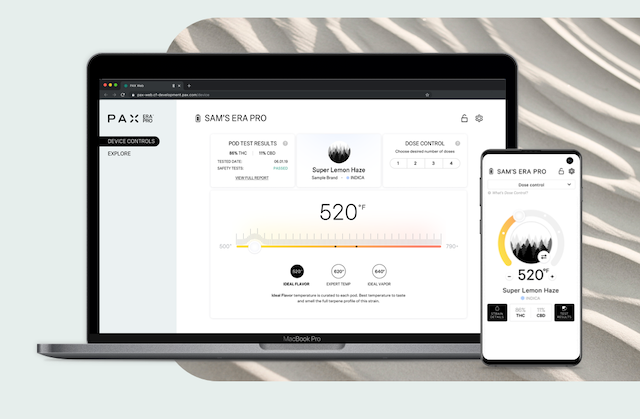 Using the PAX web app, you can adjust the temperature, manage doses, lock access, learn more about pods and also adjust the LEDs and haptic feedback.

The app is, however, only useful when you are indoors and close to a computer although it won’t be much of a problem these days as most areas are still subject to pandemic lockdowns.

The larger issue may be the (currently) incomplete support. Mac users need to use Chrome for the “ultimate experience” across PAX vapes, while Windows users will have to make do with the Era Pro. Don’t think you’ll get a flawless experience on the web, then.

According to the CDC, e-cigarettes are associated with numerous reports of lung injuries affecting thousands in the U.S., resulting in at least 42 deaths in 2019.

Apple’s upcoming “M2 Max” chip was once again spotted on Geekbench's database on Thursday, this time indicating a more respectable jump in performance as compared to its predecessor, the M1 Max. Last week, the M2 Max chip showed up on Geekbench with a single-core score of 1,853 and a multi-core score of 13,855. The M1...
Nehal Malik
54 mins ago