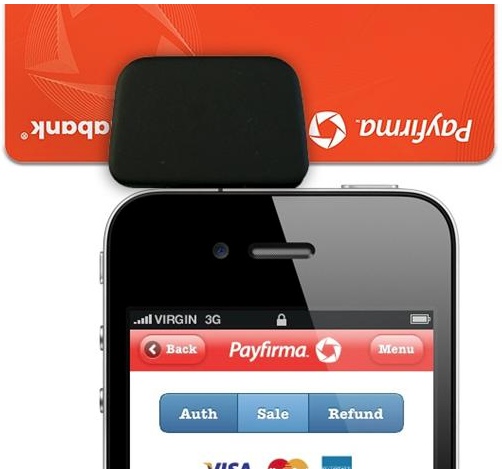 Two weeks ago we talked about Payfirma, a new Vancouver-based mobile payment company created to work with the iPhone and iPad. Due to our coverage and also the increased competition from fellow rival Kudos payments, Payfirma has stepped up and lowered their rates and fees across the board.

The new rates are 1.99% and 25 cents per transaction and that’s it! No setup fee, no monthly fees, no app fee â€“ nothing! Just pay when you swipe.

The fee has been reduced from 2.50%. Payfirma can be used without a swiper, as credit card numbers can be entered right within their iPhone app. Swipers cost $99, but are free to accounts with $500K in volume.

Kudos Payments costs $49.99 to setup, but that includes a terminal and both merchant and POS software. Transaction charges are 2.90% + $0.20.

Great to see Canadians now have some viable mobile payment options, right from their iPhones. Click here to sign up for Payfirma.