PayPal Launches ‘Return Shipping on Us’ Service in Canada 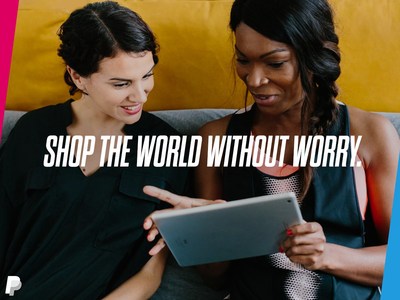 Today, PayPal announced the launch of a new “Return Shipping on Us” service in Canada.

By directly addressing a major concern of online shoppers, the company says this service will help boost confidence and assist in driving online retail by refunding return shipping costs on eligible online purchases within Canada and around.

According to a study from Ipsos, 40 percent of Canadians are worried about ordering the wrong item online and not being able to return it. A further 27 percent said they have been forced to pay return shipping costs, with a majority of people saying they paid more than $10 each time.

In a statement Kerry Reynolds, the Head of Consumer Marketing of PayPal Canada, said:

“Canadians are warming up to online shopping, but uncertainty around returns can make people think twice about clicking the buy button. With our new service, we are providing people with an option to return items purchased online that don’t fit or match their expectations.”

PayPal’s Cross-Border Consumer Research 2015 revealed that 10.7 million Canadians engage in cross-border online shopping, with 38 per cent saying that if free return shipping was offered, they would be more likely to buy online from another country.

A quarter of Canadians who shop from international websites, and nearly 40 percent who do not shop cross-border, mentioned that return shipping costs are holding them back. PayPal now offers their Return Shipping on Us service in approximately 40 countries.