Last fall PayPal had started piloting mobile payments at locations in Toronto and today the company has officially announced the launch, which now has 50 stores capable of receiving money via your smartphone.

Most locations are at popular cafes, restaurants and food trucks in the city. Users use the PayPal iOS app to check-in to locations then inform stores they are paying via the app. Stores will see the customer’s profile picture to identify them and receipts emailed. More importantly, the use of PayPal brings offers for customers and loyalty rewards as well.

“We’re thrilled to bring our innovation in mobile payments to Canada and help diners get a fast and secure bill payment experience on their smartphone,” said Kerry Reynolds, head of consumer marketing, PayPal Canada. “People don’t have to look for exact change to pay for their lunch, wait in line to punch in their card details, or print out coupons for a restaurant deal. With the PayPal app on their phone, Torontonians can now search for nearby restaurants, redeem exclusive offers and pay the bill securely at some of their favourite food places in the city.”

The PayPal iOS app can easily fine stores and restaurants based on your location that accept payments by tapping ‘Shop’ in the top left corner. 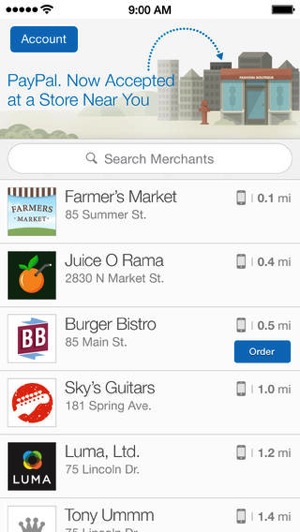 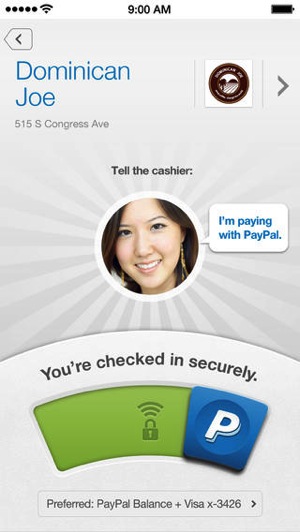 PayPal lists some of the participating establishments below using their mobile payments:

Below is an example of merchants using PayPal mobile payments:

Anyone been using PayPal mobile payments in Toronto? How do you find the experience?