Loblaws’ PC Plus Points No Longer Can Be Redeemed for Gift Cards, Wireless and More

Loblaws has changed how PC Plus members can redeem their points, “due to recent fraudulent activities relating to gift cards,” says the company in an update to their iOS app today.

Starting May 11, 2017, PC points will no longer be applicable towards the purchase of gift cards, prepaid card products, as well as wireless and long distance phone cards. 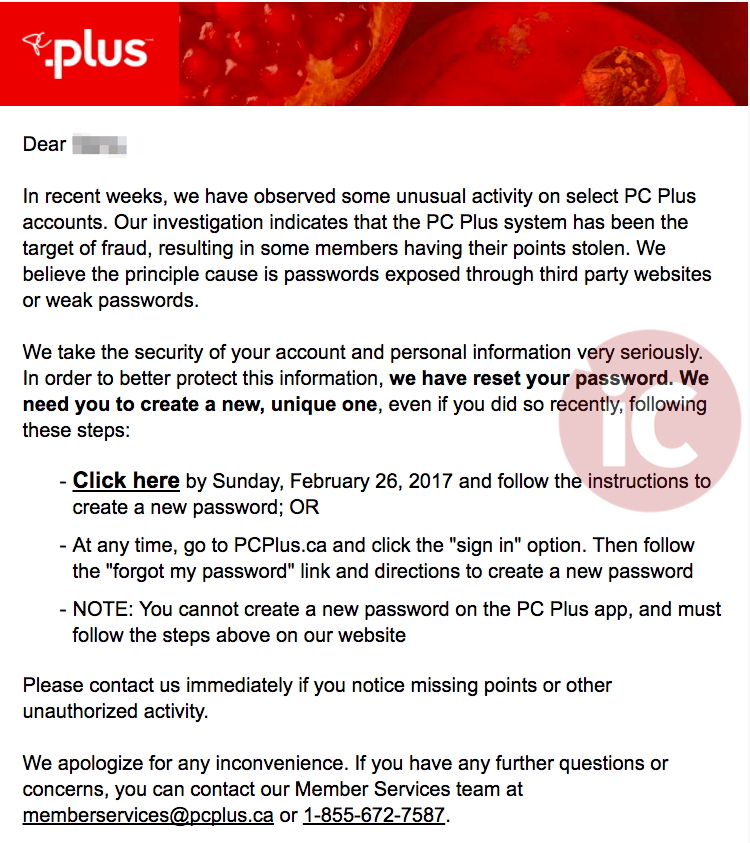 Back in February, PC Plus reset all customer passwords after member points were stolen. The company said the cause was most likely related to weak passwords and also passwords “exposed through third party websites”.

Currently, a minimum of 20,000 PC points can currently be redeemed for $20 in free rewards, but now that appears to no longer be applicable to gift cards and more.