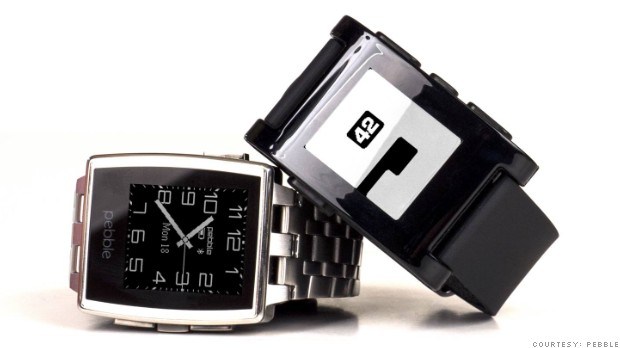 Today, Pebble announced that it has acquired the team behind webOS TV to help design their next generation smartwatch.

The smartwatch company has hired Itai Vonshak, who will be taking over as head of product and user experience, and Liron Damir, who will become the company’s head of design.

“We [The Verge] spoke briefly with Vonshak, who says Pebble intends to focus heavily on a product-focused philosophy alongside a spirit of openness that’s appealing to his webOS roots.”

Itai Vonshak and Liron Damir are coming to Pebble after working on webOS TV at LG. Before working at LG they were both in charge of creating webOS for HP.

Pebble has reportedly made this acquisition to help compete against Google’s Android Wear devices and software. The company is probably also future-proofing to prepare for anything Apple may announce in the wearable space.

Currently, the LG G Watch and the Samsung Gear Live are the only two smartwatches running Android Wear. Motorola is expected to release the Moto 360 in the next couple of weeks, which will also run Google’s operating system for wearable devices.

Apple is expected to announce its first wearable device later this year. The long-rumoured health and fitness-focused iWatch is set to come with plenty of sensors that will be able to track the amount of steps you take, your heart rate, and more.

HBO has made the decision to premiere the fifth episode of The Last of Us on Friday, February 10th to avoid overlap with Super Bowl LVII. For us in Canada, this means fans will be able to check out the upcoming episode on Crave a few days early. HBO's The Last of Us has been...
Steve Vegvari
1 min ago

LG is expanding the availability of Apple TV, Apple Music, AirPlay, and HomeKit support on third-party webOS Hub-enables displays. Over 100 countries and regions will now be able to take advantage of Apple's entertainment options on a growing list of third-party displays. Apple's apps such as Apple TV are currently available on LG's display and...
Steve Vegvari
53 mins ago