The Pebble team has just sent out an update to its backers that their watch will now support Bluetooth 4.0, a much anticipated request by their supporters. All watches will come standard with Bluetooth 2.1, but 4.0 will be released for free via a software update to its original supporters:

Here are the details:
– Bluetooth 4.0 is the latest Bluetooth standard
– It’s backwards compatible and works with all phones for which we originally pledged to support
– Please view this as our efforts to Future-Proof Pebble for our Kickstarter backers
– Bluetooth 4.0 is not a magic battery extender.
– We probably won’t enable Bluetooth 4.0 at launch, but we’ll turn it on with software at a later date (via a free upgrade)
– Our main goal in adding Bluetooth 4.0 is eventual support of wireless sensors like heart-rate and cadence (for cycling)
– It will probably not make your watch or phone battery last too much longer, but we’ll see what we can do! 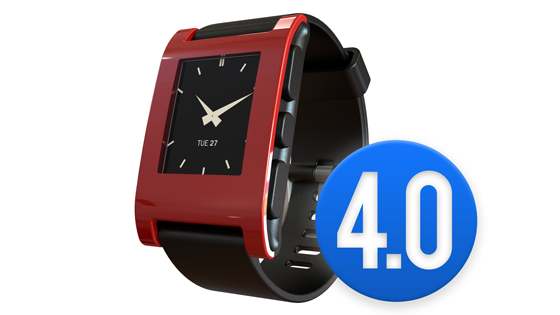 Also, these Pebble “Rewards” the team has been offering to its supporters will only last for the initial 85,000 watches backed, and after that the project will be sold out. One of the first rewards was the announcement the watch would be waterproof. We last heard of RunKeeper being the first app partner to team up with Pebble.

With ten days remaining, the project has surpassed $9 million in funding. After the Kickstarter period ends, watches will be available fro $150USD from www.getpebble.com.

Pebble’s leader Eric will be hosting an ‘Ask Me Anything’ session on www.reddit.com/r/iama today at 1pm EST (10a PST). So if you’re curious about the project tune in and find out more.

You can check out the Pebble Kickstarter page here. I have my watch ordered–what about you?

Google's parent company, Alphabet, on Monday started notifying employees in Canada of job cuts, according to a spokesperson for Google (via The Globe and Mail). The news comes a little over two weeks after Alphabet CEO Sundar Pichai announced the company would be laying off 12,000 employees (or 6% of its total workforce) across its...
Nehal Malik
11 mins ago