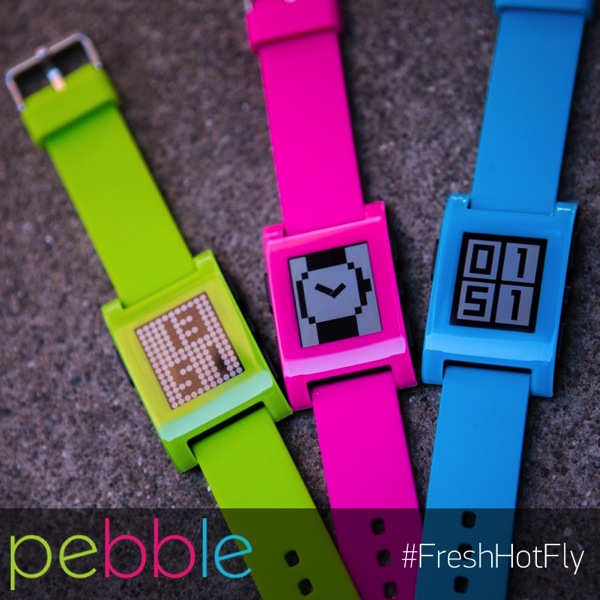 Fresh Green, Hot Pink, and Fly Blue are standout shades that give any look the right dose of fun. Fresh, Hot, and Fly come with matching bands and—just like the rest of the Pebble lineup—are fully customizable with the skins and bands of your choice. We’re having lots of fun mixing and matching bands around between the different colors ourselves.

Also announced was a partnership with The Weather Channel, set to debut in the coming weeks to show more options to get the current weather forecast on your watch.

These are available for the same price of $150. If you really want a Pebble, you might be better off waiting for the second generation model, which we would assume is already in the works. I’ve been having some notification and connectivity issues with my Pebble and iPhone 5s—hopefully they’ll address these in a future firmware update.

What do you think of these new Pebbles? They almost look like they are from some sort of Apple commercial.