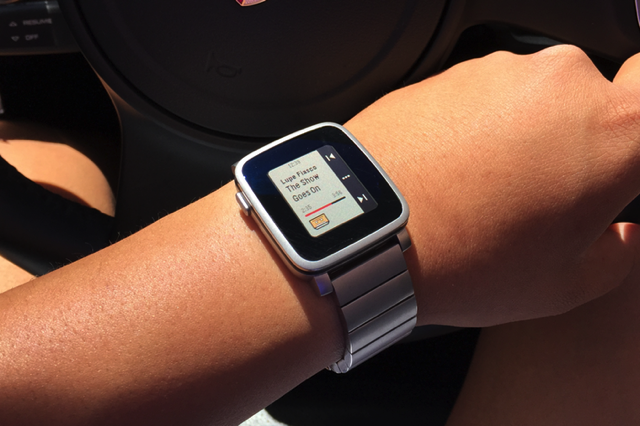 The Pebble team has today shared another preview of the upcoming Pebble Time’s interface, the device’s feature list and its update plans, while revealing that mass production of the smartwatch will start this week.

In today’s update to their massively successfully Kickstarter campaign, the developers share their experience with a pre-production Silver Pebble Time Steel.

“The colorful e-paper display is awesome to play with and made managing our day a breeze. Snappy animations bring you forward and backward in time to see the future or review the past. The timeline’s quick views let you focus on what matters.We’re still playing with a few icons—they’re subject to change—but the interface is at a stage where a little show and tell is in order :)”

Pebble Time features a full range of color-coded notifications and animations. Users will get a bunch at launch (shown below), while more will be added over time. 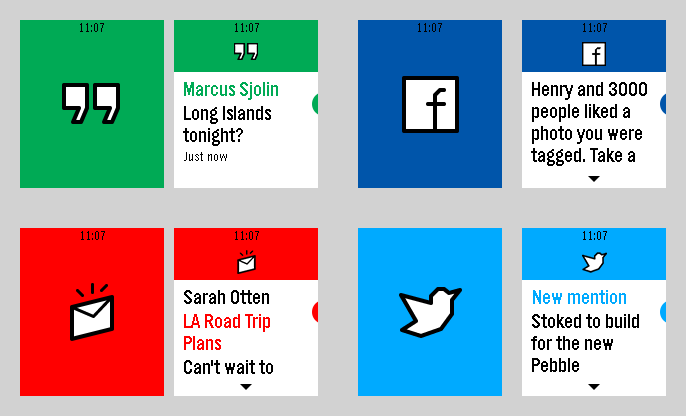 The company has also shared a list of features that will be available in the first software release:

Pebble has also announced that Pebble Time’s mass production starts this week (week of 4 May), while shipping will begin in the second half of May.

Meanwhile, check out the following video of Pebble Time’s UI and tell us how you think it compares with that of the Apple Watch. In my opinion, it’s a little too complicated and needs way too many clicks and button presses.