Pebble, the company behind the first credible smartwatch that started as a KickStarter project, is celebrating their two and a half year anniversary today.

The company announced the Pebble Steel at CES in January and since then Pebble has over 4,000 apps and 18,000 developers.

Today, Pebble has announced a software update to its wearable devices that enables activity tracking and sleep monitoring. Thanks to the Pebble’s long battery life the company is able to run the activity and sleep tracking software constantly in the background.

The new fitness feature will work out-of-the-box with several third party apps including Misfit and Jawbone. Third-party activity and sleep tracking apps will now seamlessly run in the background, without the need to have the app open.

“The Misfit app for Pebble has been updated to enable continuous, round-the-clock activity tracking and sleep monitoring. Jawbone is launching its own activity tracking watchface for Pebble called UP which shows daily and weekly activity progress and automatically syncs with its new UP app for iOS (and coming to Android soon). Swim.com is the first watch app that allows users to measure distance, pace, times, strokes, and efficiency while swimming with their Pebble and automatically sync this data with their phone and the cloud when returning to the locker room (this is where Pebble’s 5 ATM water-resistance comes in handy).” 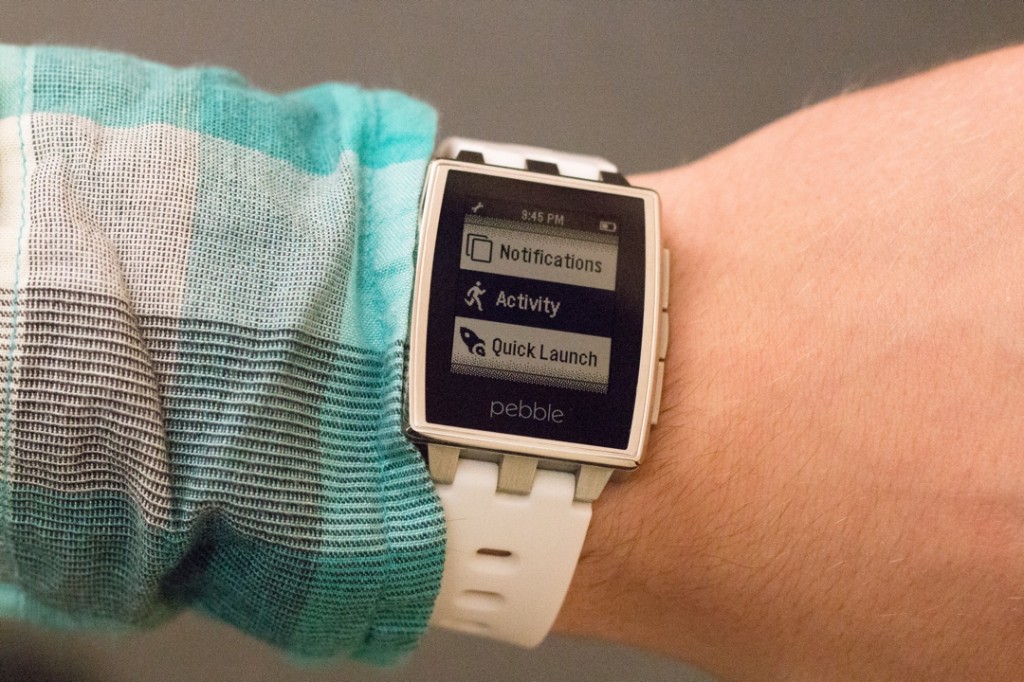 To update your Pebble, open the Pebble app on your iOS or Android device, select support, and click “Update Your Pebble”. Here is a complete list of new features included in Pebble Firmware version 2.6:

– NEW: Quick Launch. Set shortcuts from a watchface to your favorite Pebble apps with a long press of the Up or Down buttons. Enable Quick Launch and set app shortcuts in the Pebble Settings menu.

– Select button once again dismisses notifications when paired with an Android device or iOS device on iOS 7 or lower. iOS 8 users get notificaion dismissal for both Pebble and the paired device when pressing Select.

In addition to the software update, Pebble has also announced that it will be reducing the price across its entire line of devices. Starting today, the Pebble now starts at $99 and the Pebble Steel starts at $199. The company also said it will continue to expand the retail presence of Pebble, making it available in more retail stores around the world.