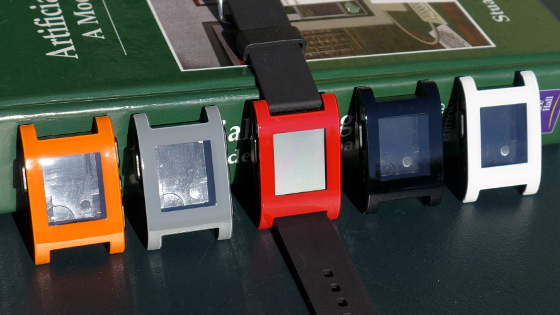 In an update sent to its supporters via email, the Pebble team has announced its final colours for the watch and also announced the final product will support receiving SMS and iMessage notifications:

For this feature to work, you will need to have iOS 6 installed on your iDevice. It’s a free upgrade from iTunes available for all the iDevices that Pebble supports. If you haven’t upgraded to iOS 6, don’t worry too much! Pebble provides a ton of features with iOS 5 including incoming caller ID, music control, downloadable watchfaces, app integration. Right now, notifications like email, calendar alerts and SMS do not get sent to Pebble if you have iOS 5.

Here’s a video demo of this new feature in action:

Update 25 – iPhone SMS and iMessage from Pebble Technology on Vimeo.

This looks awesome. I can’t wait to get my Pebble watch, unfortunately it won’t arrive in time for Christmas notes the team. The watch will support Bluetooth 4.0 and be integrated with RunKeeper. Back in August, the Pebble team previewed the watch’s interface.

Did you back the Pebble watch on Kickstarter?