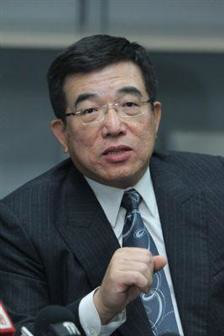 Yesterday, Bloomberg reported that Pegatron Corp is expecting a drop in its consumer electronics revenue due to iPad mini’s falling market demand. To get to the bottom of the story, Fortune reporter Philip Elmer-Dewitt asked Pegatron CEO Jason Cheng by e-mail, and found out that the report was false and was made up by the reporter himself.

Regarding yesterday’s report, Dewitt points out that a quote about a decline in iPad mini revenue suggested that it came from the reporter, not the source. Secondly, no Apple supplier has ever said anything on record about demand for any of Apple’s products. “Not if he or she wants to keep doing business with Tim Cook“, he says. Below is Pegatron CEO’s reply to Dewitt’s email:

“We held our Institutional Investors Conference yesterday, and gave out a guidance of our 2Q13 business outlook… The category of Consumer Electronic Product includes game consoles, LCD-TV, e-paper readers, tablet products, and some others. We put all tablet products in this category, but have never broken down to detail numbers for specific products nor customers.

“After the meeting, one reporter from Bloomberg approached me, trying to dig out detail numbers about some specific product. I clearly refused to comment on specific products, nor customers, even though he continued with other questions. I did say those words that he quotes me in the article “more on demand, while price has been stable”…, “almost every item is moving in a negative direction”…; “Not just tablets, also e-books and games consoles”. But I did not say anything associated with any specific products.

The Fortune reporter has asked Bloomberg’s Tim Culpan and his editor for their comment, but no reply yet. That is really bad reporting from such a reputed publication don’t you think?