Peloton has begun rolling out its Lanebreak game to all members in Canada, the US, UK, Germany and Australia. 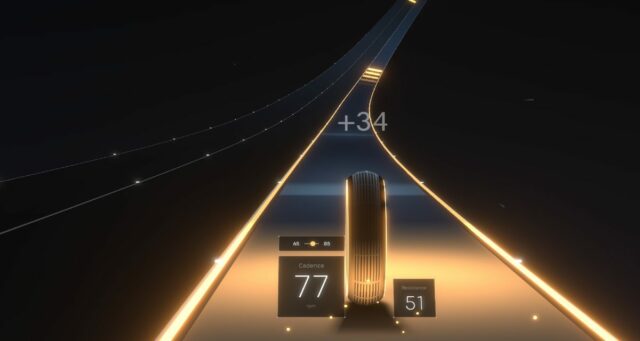 Peloton has been a mainstay in at-home fitness for years, but the brand really solidified its place on the throne during the pandemic boom. And now, the company is growing yet again — this time, into the world of gaming.

Lanebrake was announced in July 2021 and is “an experience that sits at the intersection of gaming and fitness,” said David Packles, Peloton’s senior director of management, in a statement to iPhone in Canada.

The gaming feature turns a Peloton bike ride into a game. Think Mario Kart meets Peloton; riders pedal along a floating virtual track, encountering prompts and challenges along the way.

Lanebreak is available only on the Bike and Bike+, accessible under the “More” tab where Peloton’s free rides and scenic rides live. There are about 20 levels to start with varying musical themes in partnership with Warner Music Group.

You can currently choose from 5-minute cool-downs and warm-ups, 10-minute hip hop classes, a 20-minute level with a soundtrack curated by Peloton fave DJ John Michael, and even a 30-minute class.

To find and play Lanebreak, click on the “More Rides” tab at the bottom of your Bike or Bike+ screen. Previously, there were options for “Just Ride” and “Scenic Ride.” Once Lanebreak is available to you, there will be a third option for “Peloton Lanebreak.”

Peloton recently has slashed staff by 20% and had its CEO resign, amidst challenges during COVID-19 recovery times, as gyms and other fitness studios have opened back up. Potential buyers of Peloton have been rumoured, including the likes of Nike, Amazon and Apple.

In response to the feedback and guidance it received, Apple has announced that its child sexual abuse material (CSAM) detection tool for iCloud photos has now been permanently dropped, Wired is reporting. Apple has been delaying its CSAM detection features amid widespread criticism from privacy and security researchers and digital rights groups who were concerned...
Usman Qureshi
33 mins ago