Nadia Masri, a 28-year-old Toronto woman responsible for creating the app Perksy, has landed a spot on the prestigious Forbes 30 Under 30 list, that recognizes the brightest, young, influential figures in 30 different industries in Canada and the U.S. (via CBC News). 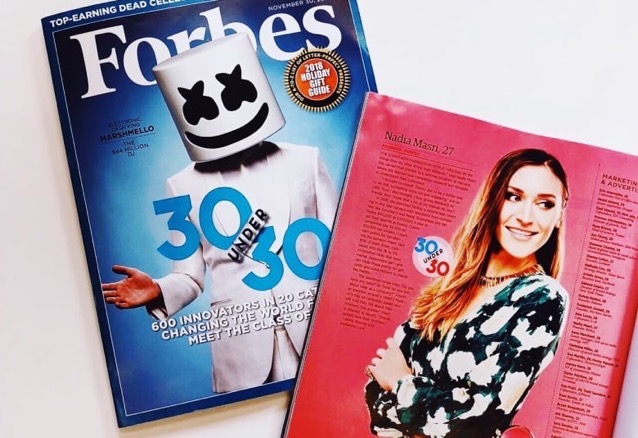 For those who aren’t familiar, Perksy app provides a real-time research platform, which targets Millenialls and Gen-Z users and rewards them for answering surveys.

Such an incredible opportunity to ring the closing bell today! What an amazing day! Thanks so much @Nasdaq & @ForbesUnder30 for having me #Forbes30Under30 #ClosingBellParty @forbes pic.twitter.com/znnFy2UJ0o

While studying at Harvard University in a marketing management class, Masri realized how difficult it was for brands to understand their audiences, especially young consumers, which inspired her to build Perksy. Through the app, users collect points which can be converted to cash and discount coupons to companies like Nike, Sephora, Uber etc.

“We realized that the way that it was currently being done didn’t really make any sense,” Masri told Metro Morning’s David Common Monday. “Our belief is that if you want to reach a younger audience you have to live where they live, and that’s mobile.”

Masri said she remembers studying the Forbes list as a teenager and thinking “wow these people must be incredible.” Now she’s not only one of those people, but the featured nominee for advertising and marketing.