To celebrate the PGA TOUR’s return to competition at the Charles Schwab Challenge, June 11-14 at Colonial Country Club in Ft. Worth, Texas, Twitter and TOUR have today announced an innovative fan engagement initiative called ‘Twitter Multicast,’ which will be a first-of-its-kind for the social media platform. 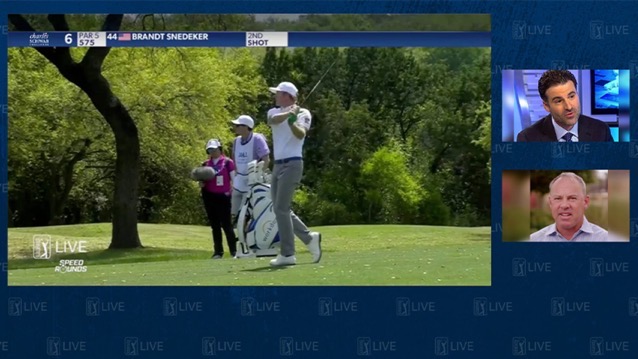 Twitter Multicast will take place on Thursday, June 11, from approximately 1-2:30 pm ET and will showcase athletes, celebrities and other personalities creating their own live, audio/video commentary in conjunction with PGA TOUR LIVE Featured Groups coverage during the first round of the Charles Schwab Challenge.

“This first-ever Twitter Multicast will give golf fans a viewing experience they won’t find anywhere else,” says TJ Adeshola, head of U.S. sports partnerships for Twitter.

“The PGA TOUR is proud to be among the first major sports leagues to return to competition,” said Rick Anderson, Chief Media Officer of the PGA TOUR. “With no spectators on site, we want to work harder than ever to connect our fans to the event, across numerous platforms and devices in addition to the PGA TOUR LIVE, Golf Channel and CBS broadcasts. Working with Twitter on this all-new fan engagement initiative is a nod to how important fans are to the TOUR and our players.”

Citing unnamed sources and internal documents, CNBC is reporting that Google is testing new AI-powered chat products to compete with OpenAI’s ChatGPT. Google is said to be testing a ChatGPT-like chatbot called 'Apprentice Bard,’ which uses the company's LaMDA technology. The said chatbot is being tested by Google employees, who ask the bot questions and receive...
Usman Qureshi
20 mins ago

According to a report by Semafor, Microsoft's Bing search engine will incorporate a faster, richer version of ChatGPT called 'GPT-4' into its product in the coming weeks. Citing people familiar with the matter, the source says the latest update of ChatGPT software responds much faster than the current version. The sources also say that GPT-4 offers replies...
Usman Qureshi
45 mins ago