The new iPod touch does not come with an ambient light sensor. This sensor can automatically determine how bright or dark your screen will go based on your environment and Apple has decided to omit this in the latest 5th generation iPod touch. Why?

In an apparent email to a customer by Apple SVP Phil Schiller (via iDownloadBlog), he explains it’s because the new iPod touch is too thin: 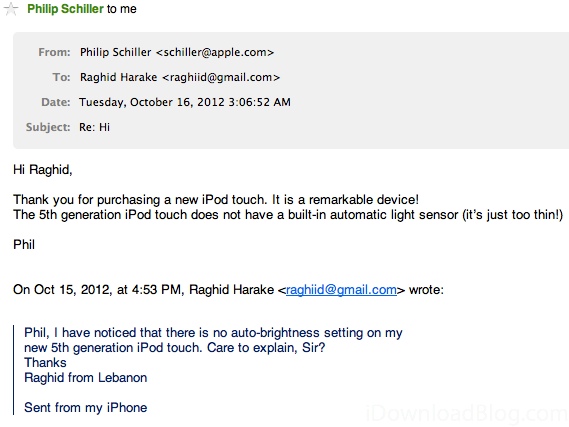 At their thickest points, the latest iPod touch is 1mm thinner at 6.13mm compared to the previous generation according to iDB. The ambient light sensor is useful to many but there are others that turn it off immediately to retain consistent screen brightness levels.