Philips Hue, a smart wirelessly connected LED lighting system that allows users to personalize and control their home lights using an iPhone / iPad app, has today received a major update that brings a bunch of new features such as geofencing, visual alerts and increased levels of customization. 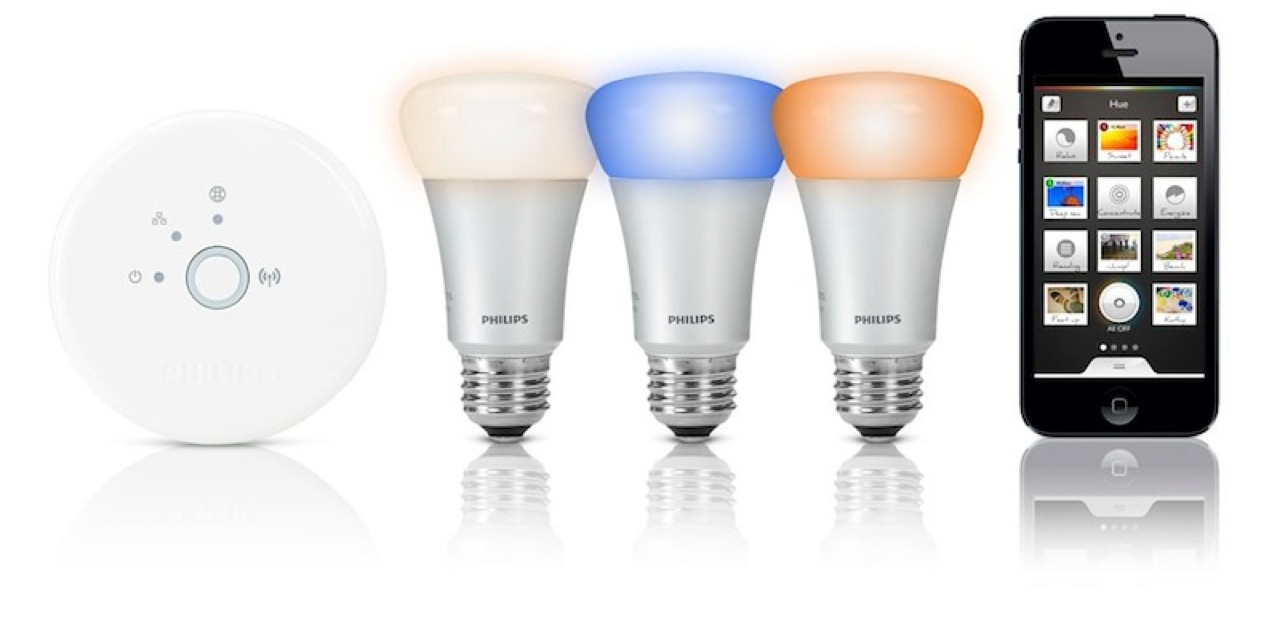 The new version 1.1 of Philips Hue iOS app integrates with If This Then That (IFTTT) protocols to allow Hue to provide visual alerts for a wide variety of situations. The update also adds geofencing, automatically turning lights on as the user approaches their home and turning them off as they leave, among other customizable options.

– Geofencing feature: Scenes can now automatically turn on when coming home and turn off when leaving home
– Scenes can now be switched on or off using a timer between 1 and 59 minutes
– Alarms can now be set to recur in a weekly schedule and with a random offset for the start and end time
– Fades of alarms now start at the set time instead of ending at the set time
– Increased reliability of alarms
– Improved vibrant colors for LivingColors and hue lights and added support for LivingWhites
– When activating a scene the lights change at the same time synchronously
– Compatible lights can now be added to the system using their serial number

For more information about Philips Hue, visit www.meetHue.com. Don’t forget to check out the Hue 1.1 video embedded below: